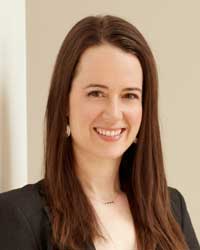 O’Kane Consultants understands the importance of a holistic approach to mine site rehabilitation. The team at O’Kane has the capabilities to quantify all aspects of the soil-plant-atmosphere continuum, including plant ecohydrology on disturbed and natural sites.

Bonnie Dobchuk, P.Eng., is proud of the work her company has accomplished over the years and excited for the opportunities that will come in the future.

Even more so, she’s proud of the people who take on these projects.

The company, with offices in Canada, the U.S., Australia and New Zealand, is managed on a consolidated basis. Working with Dobchuk are business unit leaders and an operations team split into an Americas seat and an Oceania seat. All business unit managers are women.

Dobchuk said the formation of the female leadership team happened somewhat organically and that O’Kane has always employed a high percentage of women.

O’Kane opened for business in 1996 in Saskatoon. Seven years later, Dobchuk was hired and became the first female engineer on staff. The company blossomed that year with an office opening in Brisbane, Australia and in Calgary. Additional offices then opened in Fort McMurray, Cranbrook, Fredericton and stateside in Anaconda, Montana. Brisbane, Perth and Christchurch, New Zealand comprise the international sites.

One aspect that binds all offices is diversity and inclusion.

“We are very proud of it, but we also aren’t saying that we’re here because we intended it,” Dobchuk explained of her company’s diversity. “We didn’t set out years ago saying we wanted to be 50-50 male-female. But on the other hand, I don’t think it was entirely by accident.”

“When there aren’t broken rungs or glass ceilings – when those things don’t exist – you do get a much higher percentage of women naturally. We have always thought we were picking the right person for the job. It was never a decision based on gender. But… were there some barriers that just weren’t here? I think that is probably quite likely.”

﻿O’Kane uses the Failure Modes and Effects Analysis approach to engage stakeholders in the process of developing the best outcome for the closure of mine sites.

Dobchuk’s transition to CEO began in 2017; she has been employed by O’Kane for nearly 17 years. “It has been a bigger, grander and new problem to solve,” she said of her role as CEO. “It’s a different kind of engineering. It’s running a business, it’s a machine of moving parts that you want to make more efficient. In a way, it sparks all the same love of problem solving as I had with my engineering experiences.”

Holding a senior management position was never in her foremost thinking, however. Though engineering does run in her family. Her father and her uncles were engineers and she was encouraged by them at a young age to follow in their footsteps.

A whiz in all things mathematics and science, naturally, Dobchuk in Grade 8 elected to take industrial arts (IA) classes in place of a home economics course.

In an example of how times have changed, Dobchuk said her decision to take IA was met with raised eyebrows and plenty of questions from male classmates and teachers.

“They would say things and ask, ‘Why is a girl doing IA classes?’”

Undeterred, Dobchuk proceeded to earn a Bachelor of Science degree in agriculture and bioresource engineering from the University of Saskatchewan. She also holds a Masters degree in environmental engineering from the UofS. Her “lightbulb moment” occurred during her fourth year at U of S in a class on soil cover systems. Not only was she thrilled to be applying the science she was learning, but also fascinated by the technology they were looking at designing the cover systems for mine waste.

Mike O’Kane, founder of O’Kane Consultants, was a grad student at the U of S at the time and a member of the unsaturated soils group. He founded his company based on this niche service.

“I just happened to be at the right place at the right time,” said Dobchuk, who was hired by O’Kane shortly after her graduate studies concluded.

“If you really have an itch to help the environment in a big way, like I do, doing anything in the mining sphere is a great way to do it.”

Canada is one of the largest and most productive mining nations in the world, thanks in large part to the projects hosted in Saskatchewan. According to the Mining Association of Canada, mining contributed $97 billion to Canada’s GDP in 2017.

It’s a profitable and sustainable industry and one that constantly evolving.

What does the future hold for O’Kane?

“There is huge space for O’Kane in the future,” Dobchuk said. “We’re not going to quit mining our minerals any time soon, but we are going to become much more efficient at it. We’re going to find ways to do it that doesn’t impact the environment nearly as much. And that’s where we’re going to come in.

“We’re always going to have room for smart, clever engineers to come in and help make it a more efficient process and potentially find ways that are even cheaper. There are huge opportunities for improvement in the way mining is done.”

﻿Fourteen women were murdered and 10 more injured when Marc Lepine went on a shooting rampage at École Polytechnique, an engineering school in Montreal, on Dec. 6, 1989.

It is the deadliest mass shooting in Canadian history and a moment that deeply affected Mike O’Kane. O’Kane, an engineering student at the University of Saskatchewan at the time, was nowhere near Montreal that day. However, through emotional conversations with one of his closest female friends, a reporter who covered the massacre, it became clear to him that things needed to change with regards to attitudes toward women.

Lepine’s motive was difficult to accept. It was reported that after he stormed into a mechanical engineering classroom, he separated nine women from the approximate 50 men and ordered the men to leave the room. Lepine then addressed the women in the room. “You’re women, you’re going to be engineers. You’re all a bunch of feminists. I hate feminists.”

He said he was fighting feminism and then opened fire on the students, killing six and wounding three others. Twelve of the 14 women killed that day were engineering students.

“It struck me very hard. How could this happen? How can we say, ‘Is she the right woman? Is she allowed to be an engineer?’” asked O’Kane, founder of O’Kane Consultants and a senior technical advisor. “Are we actually asking women to be the right women or the right person, rather than actually saying it should us as men who need to better educate ourselves and advance ourselves?”

The shooting in Montreal sparked public debate and conversations across the country and O’Kane admitted he was confused by some of the dialogue. Even more so, he questioned society’s attitude toward women. As his primary example, he pointed to the Lady Godiva ride, a longstanding tradition at many university faculties, including at the University of Saskatchewan, where a near-naked woman would ride on horseback across campus during Engineering Week.

“I didn’t understand how others didn’t see there was no connection between continuing that ride and not appreciating or realizing we needed to change and be better,” O’Kane said.

O’Kane wanted his voice to be heard. He ran for and was elected president of the Engineering Students’ Society. He wanted the tradition of Lady Godiva to ride into the sunset and come to an end. His opinion was of the minority.

“It was tumultuous,” O’Kane said of the reactions from classmates, adding he “got into trouble” with the college administration over his push to end the popular tradition.

“You’re getting pushback, but you don’t understand why. I was reacting rather than responding. My reaction was, ‘How can you people not get this? Come on.”

“I was trying to be right and when you’re always trying to be right your mind isn’t open. At that time, I was doing something because I needed to be right. In reality, if I actually had a more open mind, I could have handled that a lot better. And people pushed back because it was change and it was different. Change brings fear even if that change is good.”v The Lady Godiva ride at the U of S eventually ended.

“In most instances, it’s not the person that needs to change. Rather, it’s the environment around these things that needs to evolve. I think that is happening and continues to happen,” O’Kane said.

The staff demographics at O’Kane Consultants is a prime example. The company is led by a female CEO (Bonnie Dobchuk) and boasts an all-female management team. In fact, the staff is an even split of 50 per cent men and 50 per cent women.

“That’s just who we are. It just happened this way through no special effort,” O’Kane said. “And I think the statistics elsewhere show that things have changed.

“I get the most joy in working with people who I can learn from and keep myself coachable and open and being involved with people who are of a similar mindset. For our company, that’s who we are.”

Originally published in The Professional Edge for APEGS by Martin Charlton Communications.