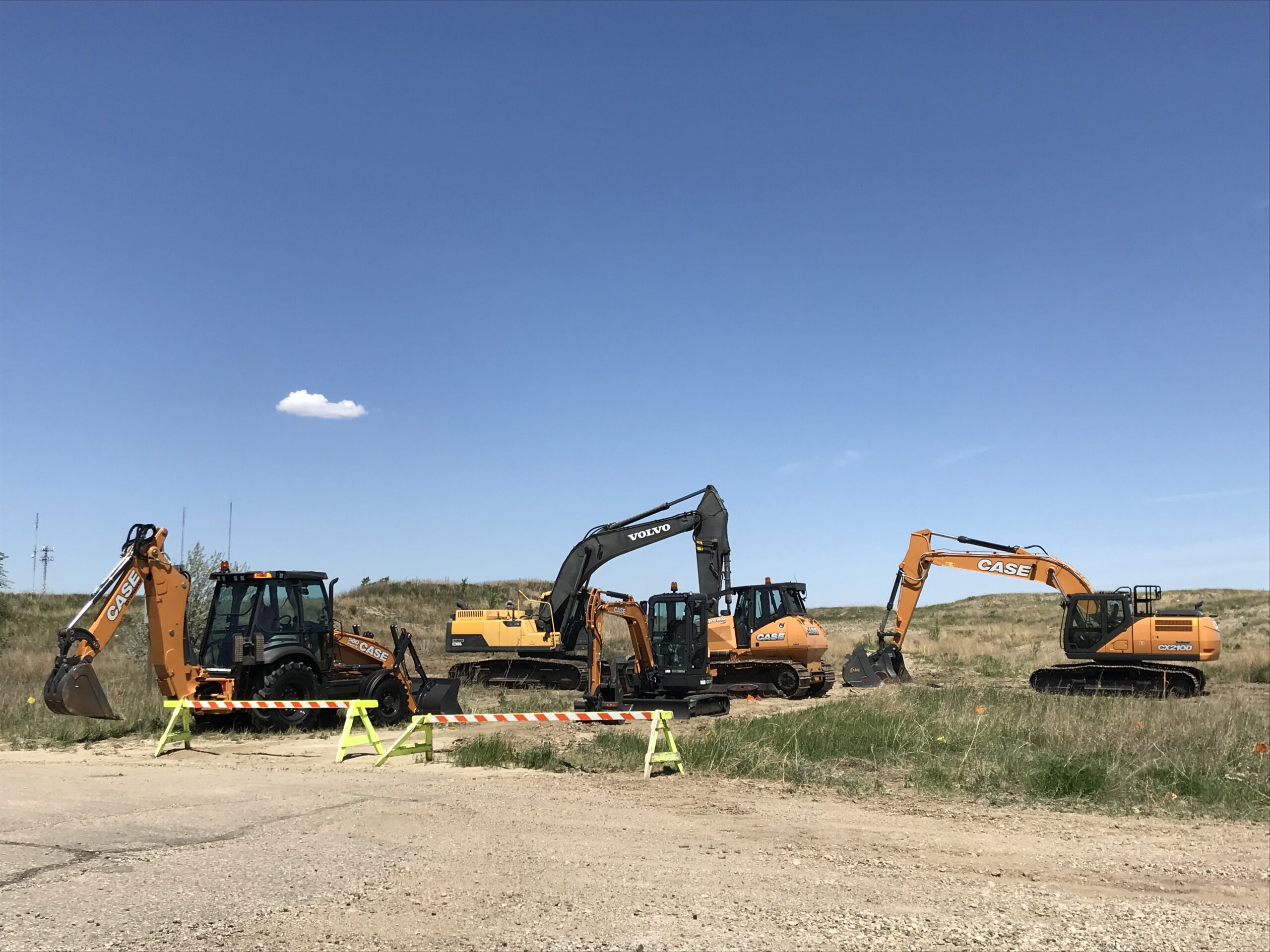 Roadbuilding depends on heavy equipment being run by competent operators, so making sure more people are choosing to become qualified operators is essential if the industry is to stay strong.

As experienced operators get to a retirement age, it is important to ensure younger people looking at their future consider operating heavy equipment and have an opportunity to gain the skills and insight to choose that as their career.

In past decades, employers hired young people, particularly those who may have operated farm machinery, and gave them an opportunity to learn on their equipment, developing the experience necessary to become qualified operators.

Now, employers need to hire someone already qualified to work on their projects. That’s where training programs, such as one newly offered at Southeast College, become important — for job seekers as well as employers in heavy construction.

In years past, Southeast College had offered a program developed by Saskatchewan Polytechnic, which was its partner brokering institution.

However, Saskatchewan Polytechnic discontinued that program.

“But there was a huge demand for it,” said Lipp, who explained that program such as this is expensive to offer because of the cost to rent the equipment for students to gain hands-on experience, which was important for them to be employment ready.

Those at Southeast College recognized that demand in the industry for those with these skills as well as from people wanting to gain them.

Southeast worked with the Assiniboine Community College in Brandon to offer its program but adapting that one for students at Southeast College took a significant amount of work. That’s when Saskatchewan Heavy Construction Association was approached about developing an industry-accredited program.

“We sat at the table with their members to build a new better and greater program by learning from them about what is needed,” said Holzmiller.

“Not all thought that training them to be a competent operator was enough.

“There were also some other pieces of the training that were missing, such as life skills and job readiness,” said Holzmiller.

That includes making sure students recognize that the projects they work on could be far from where they live, requiring them to relocate temporarily. The season to work on these projects is short, so the days can be long. Given the short season, anyone becoming an equipment operator has to be prepared for not having work in heavy construction during those cold winter months.

“It was important that students understand what the job is,” said Lipp.

To accommodate everything necessary to prepare students sufficiently for employment, the program was extended to 12 weeks and includes a week of safety training. During their 12 weeks, students spend six weeks in a classroom at the Southeast College Estevan Campus, learning theory and using simulators, which include a grader, excavator, front end loader, rubber tire hoe, articulated truck and dozer.

“We’ve have had rave reviews about the simulators,” said Holzmiller.

“The supplier sent a simulator for demo purposes at which time we invited industry in to give it a try. One word keeps being used to describe them. Wow!”

Another six weeks is done in the field, gaining experience by working on the equipment. The first cohort of students – a group of five – started their field work in early June on a project in the Estevan area. As they moved out of the classroom, another cohort started their theory learning.

Being in the field gaining in-the-seat experience is a crucial part of the training process. That time is being spent productively as students have the opportunity to work on small projects that municipalities need completed.

Lee Finishen is the chair of the South Central Transportation Planning Committee and a councillor on Fort Qu’Appelle’s town council. He had been thinking about how to complete a project in his area.

Fort Qu’Appelle and area needed to develop a new cell at the regional landfill authority he formerly chaired. The project was to dig a pit with an engineered slope. That gave Finishen an idea.

“There is an opportunity there for students. It’s not overly complicated for in-the-seat training jobs,” said Finishen.

He approached Lipp about the idea of having students work on such projects, knowing from his experience as a member of the Board of Directors with SUMA that, for example, many municipalities have short stretches of road building to be done to handle heavier traffic going in and out of new developments

The students who work on the project are hired temporarily as employees of the municipality that needs their work. Finishen explained this provides the students coverage under Workers Compensation as well as ensures liabilities are covered. The students gain a reference and connections to find work once they receive their certificate of completion.

“We are so fortunate to be so closely tied to Saskatchewan Heavy Construction Association,” said Holzmiller.

Finishen is looking for projects to be nominated in the SCTPC area, which covers an area from Lumsden thru the Qu’Appelle Valley as far east as Wolseley, south to the U.S. border near Torquay and west to Rockglen..

The types of projects the students can work on are short-term ones that Finishen said might not qualify for grants. There is not time to put the project to tender and larger organizations may not be interested in mobilizing as quickly as needed to take on a project that small in size. The projects are to be engineered so students learn how to work within the parameters.

Finishen is promoting the program’s students for municipal projects as often as he can. He will be talking to other chairs of the 11 transportation planning committees in Saskatchewan as well as representatives of SUMA and SARM so that all municipalities – urban and rural – are aware of the opportunity.

Seeing this program offered at other institutions so it is available across the province is something Finishen would like to see happen. The program is currently open to anyone living in the province who meets the admission requirements. Applicants need their Grade 10 or equivalent, must meet an English language requirement, possess a valid Class 5 license and be 18 years old, at time they apply or within six months of the program’s end. Tuition costs $11,500.

A total of three cohorts will go through the program this year and seats are still available for that third cohort with intake on July 19. Each cohort can have up to eight people. More information about the Heavy Equipment Operator program can be found at https://www.southeastcollege.org/courses/heavy-equipment-operator/ or by calling 1-866-999-7372.