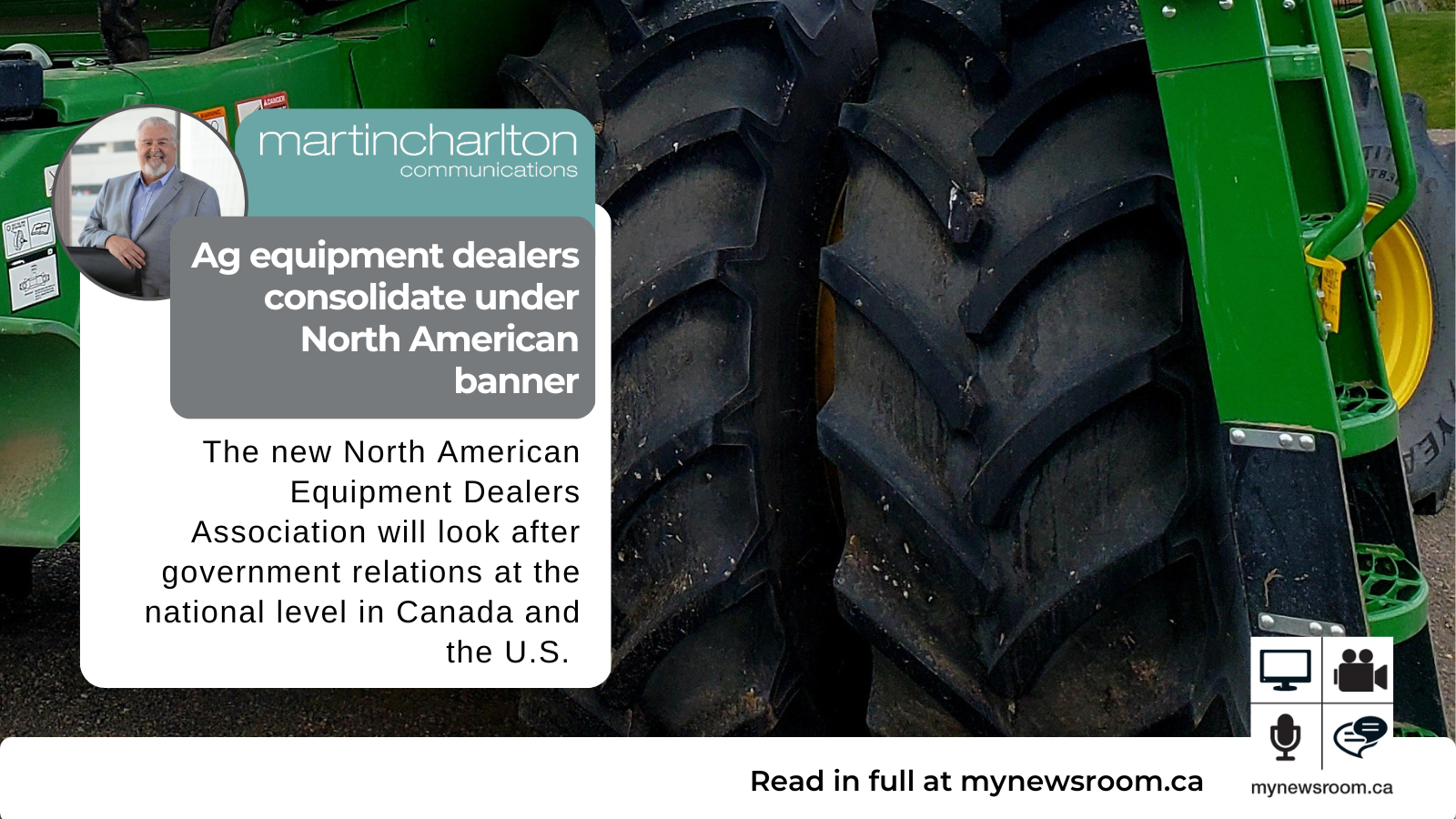 Consolidation has been a driving force in virtually every industry and sector in recent years as everything from the need for scale to technology are enticing businesses into merging.

The most visible one in Canada these days is in telecommunications with the planned merger of Shaw and Rogers.

But anyone who has been engaged in agriculture has seen the impact of consolidation first hand as individual farms grew larger operations and their suppliers, such as machinery dealers, have seen ownership groups consolidate.

Now, the association that represents the machinery dealers is doing the same. The dealers’ association in Canada has just merged into a single one for English Canada and has joined with a number of similar American entities.

Headed by John Schmeiser, a Saskatchewan guy with roots in the Bruno area, the new North American Equipment Dealers Association will look after government relations at the national level in both countries in 24 states and nine provinces.

Another major assignment centres on workforce development. Like most industries, farm machinery dealers are scrambling for talent and now their association has the scale required to tackle such a big issue.