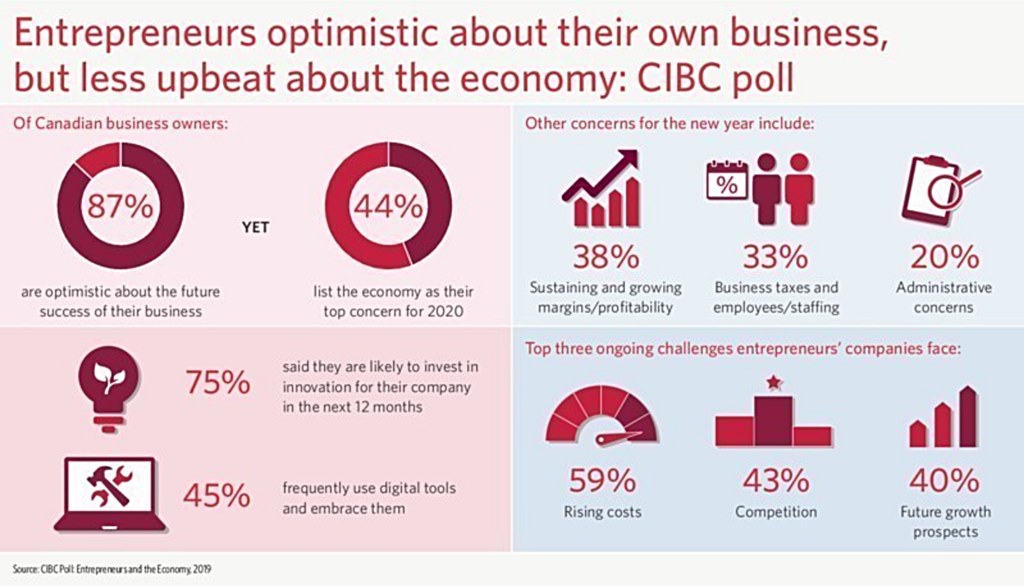 There’s just no substitute for being the captain of your own ship. You know what’s going on right under your feet….it’s just the world around you that’s the variable.

That sentiment shines through strongly in a new survey of entrepreneurs and business owners conducted by CIBC. It was testing confidence levels among these people and they found that an overwhelming majority – 87-percent – are more confident about the prospects of their own company than of the broader economy.

In short, they favor their own management abilities over those of central bankers or politicians.

Three-quarters say their own personal financial situation is better today than it was before they started their business so the decision to become an entrepreneur has paid off…literally.

But they do have some concerns. Interestingly, trade wars and regulatory  challenges are at the bottom of the list. Being able to manage costs and support profit margins ranks is their top worry. Yet, they still have the confidence to invest for the long-term with three-quarters saying they plan to spend on innovation in the next year to ensure they can evolve to meet changing customer needs.