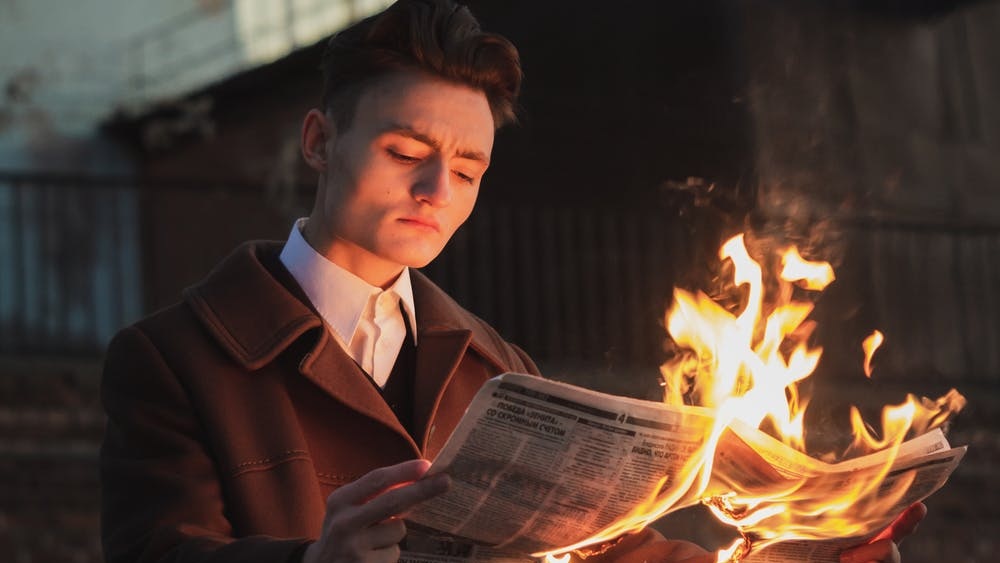 As you read this you should be skeptical of the words I have chosen to share with you. In fact, you should be constantly skeptical of the words anyone in the media delivers. It is part of being a conscientious citizen….you should always question what is portrayed as ‘the word of authority’ whether it comes from a reporter, a commentator or a politician. Basically, be skeptical of those in positions of authority. They hold a trust and, as the holder of that hallowed turf, they deserve to be questioned along the way.

Sometimes, though, the players in this game we call democracy need to be reminded of the position they play. A good case in point is the national media in the months of the pandemic lockdown.

Each of us will be familiar with the daily briefing by the prime minister on the latest this or that support program but soon that morphed into a daily question period where the PM fielded questions of any nature, not only those tied to COVID. This is where the media lost its way.

A free press is a foundational element of a free and democratic society. An informed citizenry is vital to preserving freedom and rooting out those who would subvert the checks-and-balances of an advanced Western-style economy for their own benefit. The theory goes like this: an open society encourages dissenting viewpoints. At its heart, it is adversarial and competitive. Our most important institutions are built upon this premise. The Legislature has two sides – opposing parties who debate. The courtroom has two sides – prosecution and defence.

The media, in an open society, sees its role as a megaphone to amplify the dissenting or minority point of view. They champion the underdog. That’s why the opposition party (the smaller of the two in the Legislature) determines the daily news coverage topics by the questions it asks the government to address. Basically, the minority viewpoint is given added volume by a mass media dedicated to ensuring the smaller voice is heard.

Now, look at those daily COVID briefings. The PM – the majority voice in this case – gets a daily free pass from a national media corps that has forgotten its role. No longer is the minority opinion amplified by the media. Have you ever seen a daily briefing from the Opposition Leader? Of course not, because the media in this country has lost its way and that is perhaps the greatest danger our democracy currently faces….. state-owned and sycophantic media blindly doing the leader’s bidding.