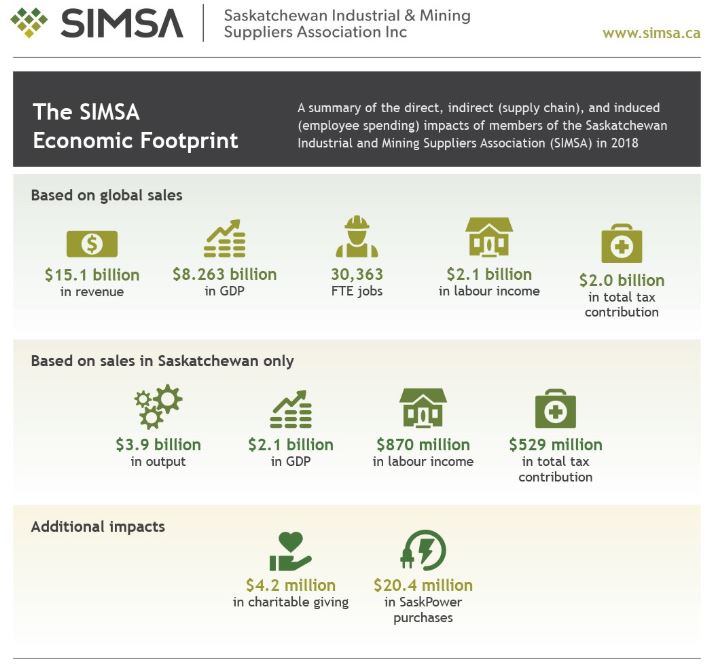 A new study on the impact of the resource sector’s procurement policies have on the Saskatchewan economy offer some reinforcement for the Buy Local mantra that is gaining traction in many areas.

The study, commissioned by SIMSA which represent Saskatchewan-based suppliers to the resource sector, was conducted by PwC. One of its main findings was that companies buying locally generate an impact four times greater than those who operate here but buy from out-of-province suppliers.

This topic as long been an issue in the provincial business community. It became most visible as global companies began entering the province to do work on mega-projects such as mine developments or expansions. Locals often felt they were overlooked on major contracts.

While this also raised concerns about public sector procurement policies and Buy Saskatchewan, the new study looks at private sector purchasing policies and it found that $1 spent on local suppliers generated $1.51 worth of impact. Conversely, that same $1 spent out of province resulted in a 39-cent impact, roughly one-quarter of economic heft of utilizing local suppliers.