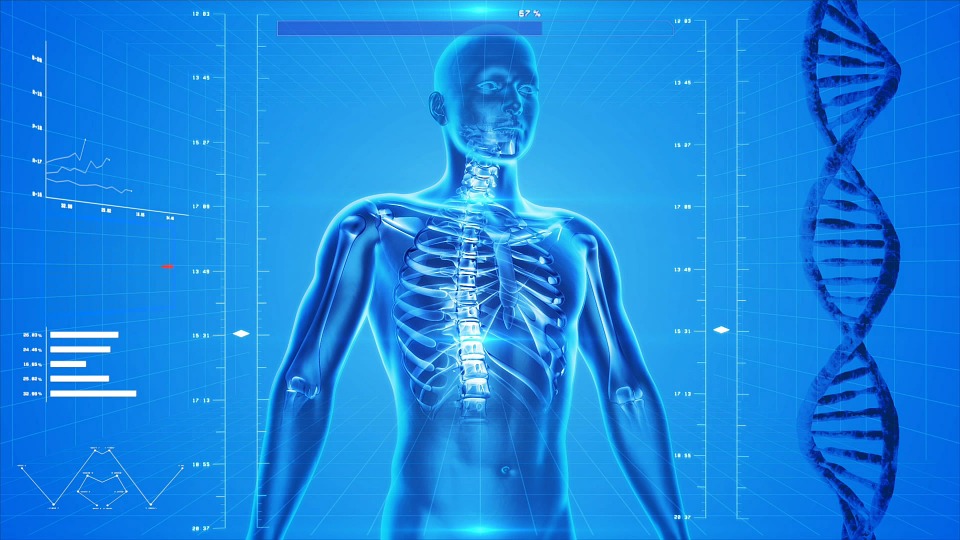 A runner might think twice about going for that morning jog if he knew this was the day the impact on his joints would lead to a stress fracture or a major surgery.

How would your life change if you could predict the exact time or movement that would cause a broken bone or an eventual joint replacement like a hip or a knee? Is your bone density strong enough for rigorous exercise?

Finding solutions to these questions and more is part of the daily learning experience within the University of Saskatchewan’s College of Engineering biomedical engineering program.

“The human body is this weird machine that keeps changing on us, and every time we think we find a solution it’ll work for a few years and (the body) will reject it,” explained J.D. Johnson, a professor with the College of Engineering. “I find it fascinating that it’s a continually evolving machine. How can we try to fix it?”

The biomedical engineering program currently houses approximately 60 students, all of which are seeking paperwork for a post graduate diploma or degree (P.G.D), a Master of Engineering (M.Eng.), a Master of Science (M.Sc.) or a Doctor of Philosophy (Ph.D).

Johnston spent three years as a biomedical researcher at the Institute of Orthopedic Research and Education in Houston, Texas between his Masters in Science and Ph.D. He joined the U of S faculty in 2008 after he studied at the University of New Brunswick and at Queen’s University.

He noted the biomedical program at the U of S – with dominant areas of research focused on biomechanics and biomedical imaging – is “on the rise” when compared with other schools across the country. He said that’s mainly because of the support from the university when it comes to some of the research being conducted on site.

Causes of osteoarthritis, the wear and tear of joints, are unknown. Treatments are limited to painkillers and surgical knee replacements in the most severe cases. And with people taking on various implants to augment their bodies, Burnett is one of a handful of students within the biomedical engineering program studying to make implants better.

“It’s a fascinating study… and Dena is shifting the idea of what people had about this disease,” Johnston said. “It does help to inform surgeons on when they should be doing these implants.”

The majority of implants used in replacement surgeries for hips and knees are made of metal. According to Daniel Chen, a biomedical engineering professor at the U of S, the human body doesn’t take kindly to metal implants, which is why he and some of his students are researching means of using biomaterials instead of metal to make joints or cartilage. As well, they’re using engineering methods to produce artificial cartilage from biomaterials to replace damaged cartilage.

How students and researchers study these findings is truly unique.

When your campus is home to the Canadian Light Source, the only synchrotron technology in the country, you are afforded such learning luxuries. Construction of the facility – estimated to occupy the same land space as a football field – was completed in 2004.

Students, both high school and from the university level, as well as scientists and collaborators from various realms, have benefitted from the state-of-the-art technology in Saskatoon for more than a decade.

The Canadian Light Source has transcended conventional learning in various areas at the U of S, especially within the biomedical engineering program. Medical researchers have utilized the beams to study everything from cell identification within tissues, skeletal remains from centuries ago, and dinosaur bones from even farther back in history. Enhancement of imaging has been magnified down to the atomic level.

“The CLS certainly has addressed some interesting questions that a lot of people have struggled with for many years,” Johnston noted.

For example, Johnston explained when people get degeneration of cartilage that their bone becomes “weird”. Some thought mechanical properties in the bone were higher, while others thought it was lower. Under closer examination using the synchrotron, research showed that the bone you get with that disease not only degraded its mechanical properties but it had lost more minerals. It almost became a coarse and brittle material that other imaging tools did not show.

“You were able receive this beautiful 3D structure (through the CLS) and it would tell you exactly what that structure was composed of, while other means were just too coarse to do that,” Johnston said.

Professor Chen explained that students have greatly intensified their research thanks to the capabilities of the synchrotron thanks to its ability to magnify images to the atomic and cellular levels.

And the CLS has drawn a crowd since its completion in 2004. Researchers, especially anatomists, from across Europe and the United States have utilized this technology for their studies. In 2000, then-Prime Minister Jean Chretien delivered a speech on the U of S campus and spoke of the importance of the CLS and how it has helped reverse the trend of this country’s brain drain of top scientists. Queen Elizabeth II and Prince Philip also have visited the facility.

“We are extremely fortunate to have Canadian Light Source on our campus,” Chen said. “A lot of the research we do in biomedical engineering becomes unique because of this tool. This is an incredibly powerful tool that we can use.”

In the past, studies have included the use of infrared microscopy to identify the living conditions inside individual cells from tissue associated with a potentially cancerous disease. As well, the CLS’s extreme X-ray capabilities aided in an investigation into the deaths of people buried in the 1700s.

“And (researchers) are dealing with questions like, ‘What makes a cell change?’ Or, ‘Why does bone evolve in this matter?’” Johnston said. “And then others will get involved with that research to do mechanical tests or help with animal models.”

When it comes to animal models, the U of S is one of the few schools in Canada that is home to a veterinary research facility – the Western College of Veterinary Medicine – where students are given the opportunity to test hypothesis on animals before they introduce them to humans.

Biomedical engineering students have taken advantage of this facility to aid in their research.

Rats and mice are commonly used in medical research, and that’s the case with many studies at the U of S. Current testing by students sees rats simulating human movements like walking or running to see how their bones and joints respond or evolve.

For example, Dustin Eichhorn is a biomedical engineering student researching toe tip necrosis syndrome in cattle, which has long been a mystery to cattlemen. His hypothesis is that excessive, repetitive loading leads to breakdown of the hoof, which leads to this disease. Eichhorn created a biomechanical model of this disease using cadaveric claws which he subjects to repetitive fatigue loading. He then images the hoof to track its degradation. This experience gave him the understanding of how to help researchers from human medicine and anatomy for their research needs related to fatigue loading in animal models.

Biomedical engineering research done in conjunction with the Western College of Veterinary Medicine will last well into the future. But will robots factor into some studies? The future is wide open, according to Johnston.

“This is a very rapidly evolving field,” he said. “With all of this biotechnical stuff and this man-and-machine talk, it has become very fascinating.

“We’re hearing more of how man and machine are these two separate entities, yet some (scientists) see it more as a continuum. And there’s more talk about biochips in humans… so you never know what we might see down the road.”

Regardless, Chen is intrigued with his students’ work with technology that produces tissue made from biomaterials for transplant purposes. There’s an incredible amount of improvement needed in the small area of joint replacement.

“For me, I see (biomedical engineering) as an area that is very exciting, especially when we look to the future,” he said. “There is still a lot of opportunity to learn.”