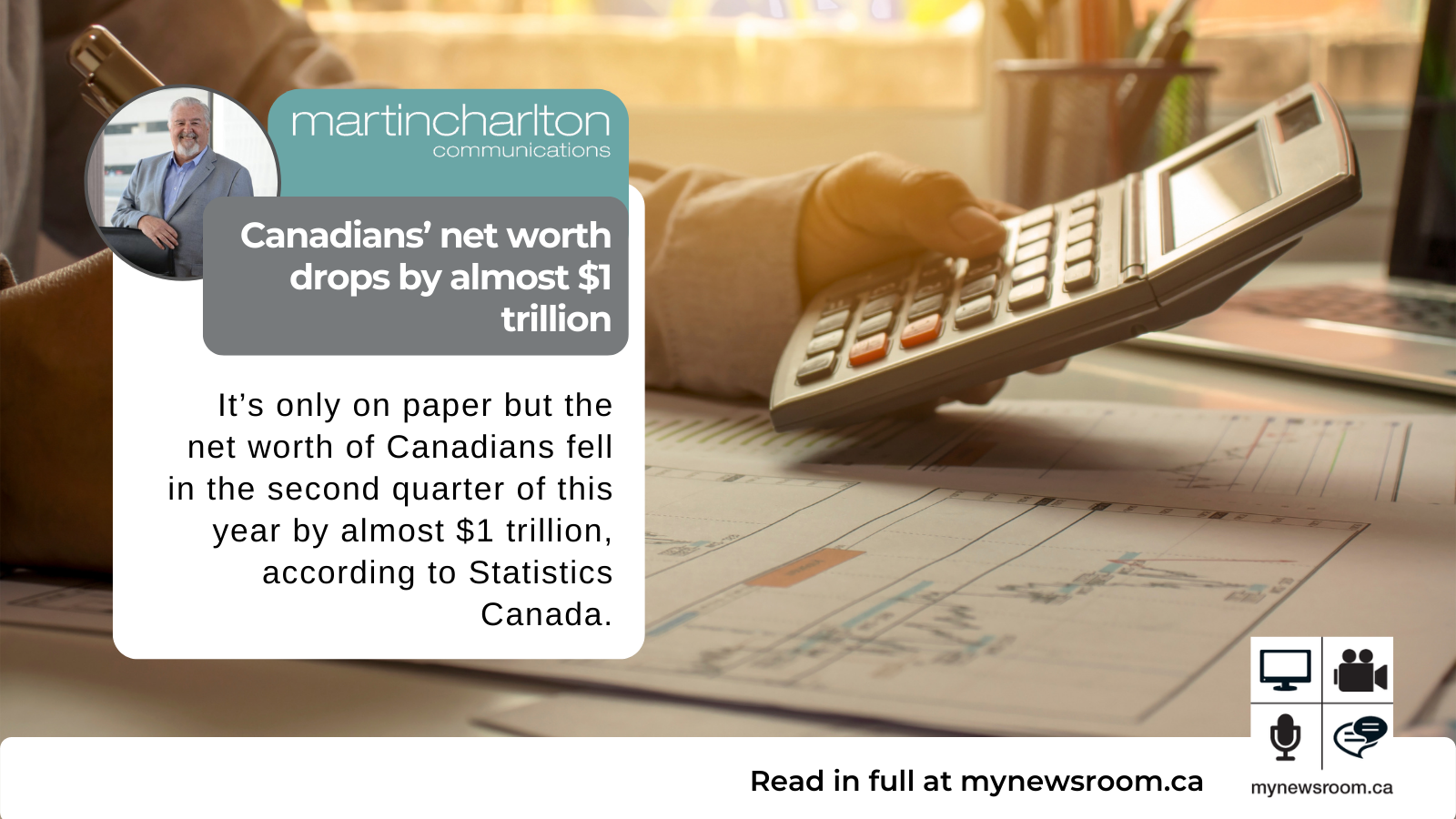 It’s only on paper but it’s still almost a trillion dollars. That’s how much the net worth of Canadians fell in the second quarter of this year, according to Statistics Canada.

That’s the largest decline on record as inflation fighting interest rates started to bite causing home prices to fall in the major cities and stock markets to retreat which took our savings down too.

Obviously, at a figure north of $990 billion, it is a big number but, for most of us, this is really just a calculation. We would have had to buy our homes and portfolios at the peak and then sell them all on June 30 to have actually seen this reduction in our net worth.

Nonetheless, it is a setback even on paper.

But the decline will not have been as significant in Saskatchewan where home prices did not do the 20 or 25 per cent retraction we’ve seen in places like Toronto. Yes, we will feel the same impact on the investment portfolio side in this province but our housing stability also has to be noted.