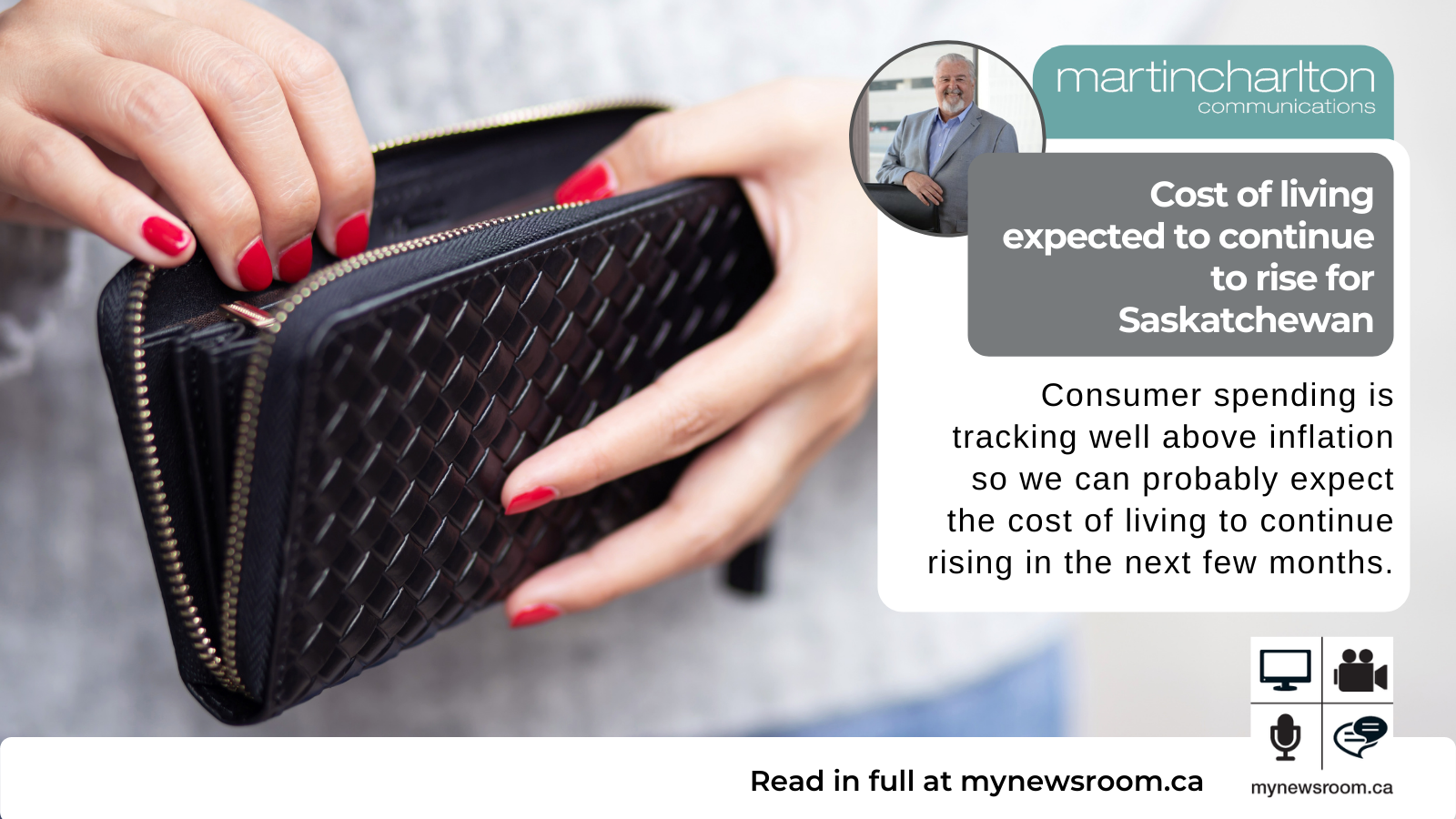 Trying to match inflation numbers with the volume of sales flowing through tills in the retail community is not always a simple A-to-B straight line.

We just got February’s retail sales numbers for Canada and they were basically unchanged. In other words, inflation was nowhere to be seen in the aggregate figure.

But, as you dissect the tea leaves, you see that the automotive sector is a big drag on consumer spending numbers.

Gasoline prices were up contributing to the gain side of the equation but revenues at car dealerships was off more than enough to put this category in negative territory.

That was the national picture. But here in Saskatchewan, retail or consumer spending rose 2.4 per cent for the month. That’s a pretty strong number compared to the national average but behind a few provinces.

Compared to where we were a year ago, though, it was up 13 per cent. Not only is that second-highest in Canada, it is also tracking well above inflation so we can probably expect the cost of living to continue rising in the next few months.