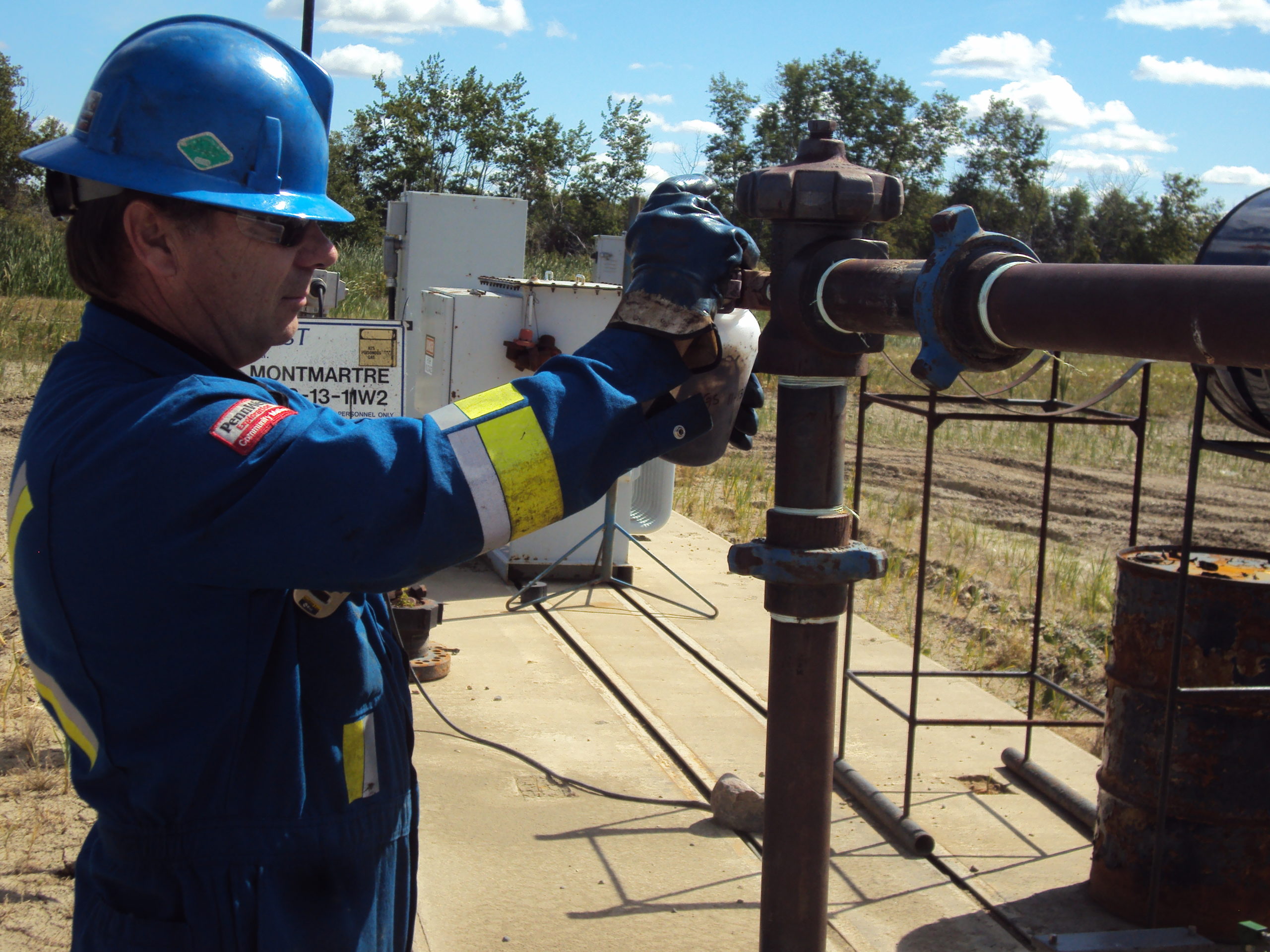 Gavin Jensen could be labelled somewhat of a brine connoisseur.

Over the last nine years, Jensen, P.Geo, Senior Research Petroleum Geologist, with the Saskatchewan Geological Survey, Ministry of Energy and Resources, has been sampling oilfield brines to determine the concentration of lithium and the potential to extract it as a new source of that element which is a key component of batteries used in electrical vehicles. Currently most lithium is extracted from brines that are pumped from very shallow wells in arid regions or mined from granitic pegmatite ores.

Call it unorthodox. Perhaps unusual. But it also could be highly lucrative opportunity for the provincial economy.

“I would say it’s pretty unique,” Jensen said, adding he first sampled well heads for his master’s thesis from 2003-05. “We would arrive at the well head and they’d look at me funny and ask, ‘Why do you want the water? You know that we’re producing oil and the money is in the oil, right?’ No one really looked at the resource in the water. It was essentially a waste.”

In 2011, the Ministry of Energy and Resources began a program of sampling brine from producing wells in the province as a response to the demand for lithium and other trace elements that could potentially be derived from basinal brines.

During the field seasons since then, samples of brine were collected from numerous wells in the oil-producing region of Saskatchewan and sent for geochemical analysis of their trace elements. The results of analyses of the brines from the formations that were sampled show that lithium concentration varies among the formations.

Since 2011, wells in southeastern and west-central Saskatchewan have been sampled. A database of major and minor elements present in the formation waters in Saskatchewan was developed. Standard brine analysis completed by the oil and gas industry only typically measures for major elements, making this data some of the first publicly available for trace elements in brines from the province.

So far, Jensen’s work, which is based on limited sample locations, has identified two lithium-rich brine areas in the province. Both are in the Devonian aged Duperow Formation, and are in the southeast corner of the province near Weyburn, and in the west-central region in the Kindersley area.

Resampling of wells was conducted in 2018 to verify that consistent trace element concentrations exist over time, to ensure that any future lithium-producing project will be economically viable.

Currently, Chile hosts almost half of the world’s lithium reserves (48 per cent), with China (20 per cent) and Australia (17 per cent) among the top three lithium-rich countries.

Saskatchewan, however, is positioning itself to become a global player in lithium exploration and extraction. The potential is relatively unknown.

Canada and the United States entered a joint action plan on critical mineral collaboration, in early 2020. This collaboration identified 35 minerals that are critical to ensure the continued economic growth and national security of both nations. “No one knows what the potential is in the brines yet. We’ve started to look at lithium and barium for example, but no one has looked at other elements such rare earth elements in brines or things like that, to see if there are any critical minerals,” Jensen explained. “We have this massive volume of formation waters in the Williston Basin and in the Alberta Basin part in Saskatchewan.”

“No one has really sampled the oil wells to look at the water chemistry beyond the standard testing that is commonly done for oil production.”

Prairie Lithium Corp. — a Regina-based lithium exploration junior that holds more than 35,000 acres of exploration permits in Saskatchewan — partnered with Calgary-based LiEP Energy Ltd., on a pilot project that will see it produce lithium hydroxide from Saskatchewan oilfield brines.

The project began operations in July. The second phase is scheduled for late 2021.

Stage two will include the construction of one of Canada’s first lithium extraction and refining facilities, which will produce approximately one tonne of lithium hydroxide per day, resulting in 365 tonnes per year. This will serve as a demonstration plant prior to full commercialization.

The facility would utilize existing suspended oil and gas assets and provide a transition alternative for aging oil and gas infrastructure.

Bronwyn Eyre, Minister of Energy and Resources, said the concept also has a good environmental footprint.

“It’s good for sustainability because it transitions those aging oil wells into another use,” she said in June in a prepared statement. “(It’s) good for diversification here in Saskatchewan.”

Lithium is invisible and odourless in Saskatchewan’s oil field brine. This is why oil companies have been producing and disposing of lithium without even knowing it.

According to Zach Maurer, president and CEO of Prairie Lithium Corp., there’s a tremendous amount of lithium in western Canada. With the oil industry struggling, this could be a way to use the infrastructure and skills already in place.

The lithium-free brine water is then sent back down a hole for disposal. The extracted lithium can be sent for further refining into battery-grade materials.

The process is anticipated to take less than six hours, compared to the current industry standard of 18 months.

The global demand for lithium is forecasted to grow by 10 per cent per year until 2024.

Batteries represent up to 45 per cent of the lithium market, but it is also used to produce glass and ceramics (up to 30 per cent) or greases and lubricants (up to 10 per cent).

The rapid growth in global demand for the metal is a recent phenomenon driven in large part by the rise of the electric car and its lithium-ion batteries. The surge in demand is based upon mobile energy like cellphone batteries and electric car batteries.

Perhaps most significant are electric vehicles, which by some estimates will account for up to 25 per cent of cars on the road within the next decade, up from about three per cent now. The high-capacity battery packs on each one of these vehicles can use more than 63 kilograms of lithium.

Rechargeable lithium-ion batteries are particularly important in efforts to reduce global warming. They make it possible to power cars and trucks from renewable sources of energy like hydroelectric, solar or wind instead of by burning fossil fuels.

The Covid-19 pandemic has played havoc with the price of lithium. However, prices are expected to rebound to levels pre-Covid in 2022.

“The lithium industry has the potential to be another significant economic driver and help our province through economic recovery,” Trade and Export Development Minister Jeremy Harrison said in June in a prepared statement.