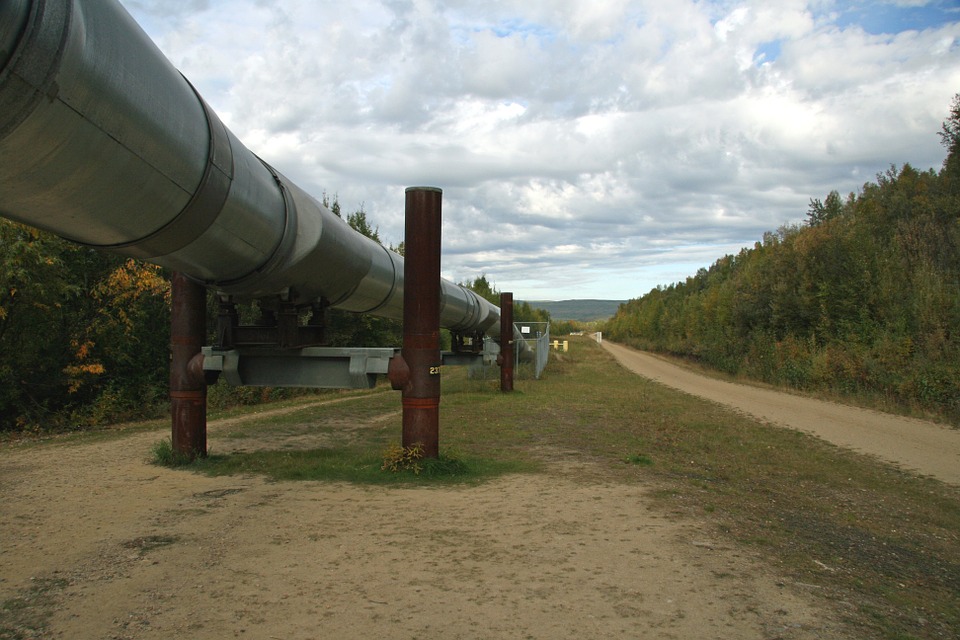 Environmentalists are quick to point fingers of blame at petroleum companies when there’s a pipeline rupture and hundreds of thousands of litres of oil leak into waterways and onto agricultural land.

More than 400,000 litres of oil spilled in Saskatchewan in two separate incidents in the past eight months. The damaged pipelines belonged to Husky Energy and Tundra Energy Marketing and each wore much of venom from angry residents in several affected communities.

Mother Nature, though, received a free pass even though she was more to blame than anyone. Her unpredictable actions often ruin some of the best laid plans and designs from engineers and geologists. And that was the case with these pipeline fractures.

Saskatchewan’s love affair with oil is no secret. Its production is vital to the economy and it’s an industry that employs thousands. But it also has its naysayers. Loud opposition from environmentalists argue that pipelines that carry oil to port pose a significant threat to delicate ecological reserve lands like the Great Sandhills north of Maple Creek and the Nebraska Wetlands state side.

So, when more than 225,000 litres of heavy oil leaked in the North Saskatchewan River in the summer of 2016, environmentalists had another ‘I told you so’ moment. Communities like Melfort, North Battleford and Prince Albert, and almost everywhere in between, were forced to shut off their water intake from the river and find alternative water sources for nearly two months. The oil slick travelled 380 kilometres down stream.

The pipeline belonged to Husky, and the petroleum giant said the cleanup job cost more than $90 million, not to mention the stresses it placed on communities and residents that were affected.

But before the finger of blame is pointed at Husky, take into consideration another culprit – Mother Nature. She is unpredictable. In fact, ground movement was eventually tagged as the cause of the ruptures in the 19-year-old pipeline.

“The break was a sudden, one-time event in a section of the pipe that had buckled due to the force of ground movement,” read part of a post-incident report from Husky Energy.

Grant Ferguson, an associate professor of geological engineering at the University of Saskatchewan, echoed the findings from Husky.

“Slope stability, particularly at river crossings, is probably one of the most challenging aspects of maintaining our pipeline infrastructure. However, given the number of crossings and low frequency of incidents, I would suggest that this demonstrates that our geotechnical engineers have been rising to the challenge, for the most part.”

Soil structures and perhaps seismic activity confound some of the best laid plans. Planning for so many unknown variables is nearly impossible.

Slope movement in Saskatchewan is very much tied to the hydrologic conditions. Over the past seven or eight years the province has been in a bit of a wet phase, and ground water levels monitored by the Water Security Agency show that levels are exceptionally high.

By contrast, Saskatchewan went through a low phase through the early turn of the century before it took off again, with some of these areas several metres higher than what they would have been historically.

As a result, soils weaken and there’s a greater chance of a slope failure.

“I think that’s a lot of what is going on with (the Husky pipeline rupture),” Ferguson said.

Ferguson said the pipeline crossing near Maidstone, site of the Husky line, was installed at a time when the water table would have been lower than what it is right now.

“Certainly, conditions have changed in the soils around there,” he said. “What would have been a more stable situation back in the 1990s is not because we’ve had changes in the pore water pressure.”

Husky maintained the majority of the leaked oil was recovered and that no water bodies were impacted. But Ferguson lamented that soils along the river banks and at river bottom likely wouldn’t be as fortunate. In addition, wells used for drinking water and agricultural purposes would be affected as well.

A second major oil leak in Saskatchewan was reported in January near Stoughton. This time, approximately 200,000 litres of oil spilled on low-lying agricultural land on a First Nations reserve. Tundra Energy Marketing claimed responsibility for the spill, though the cause is still under investigation.

“The soils were such that we were seeing glacial tills throughout most of that area and low permeability and so whatever migration of contaminants you’re going to have are not going to be that rapid,” Ferguson explained.

These most recent spills are what fuel the protests from pipeline detractors. The much talked about Keystone XL pipeline route has the potential to disturb Saskatchewan’s Great Sandhills region in the southwestern quadrant, in addition to slicing through the sensitive Nebraska’s Wetlands on route to the Texas gulf coast.

The Dakota Access line also has spurred controversy among many Native Americans in the Dakotas and Iowa who say the pipeline would impact sacred Indian burial sites and the quality of water in the area.

“If something did get into the ground it would move quickly,” Ferguson noted. “Instead of it moving a few metres over the year it might be a few metres weeks or months. It’s a major area for getting water into our ground water systems and aquifers.”

Slope stability has long been an issue along the east bank of the South Saskatchewan River in Saskatoon, particularly near Saskatchewan Crescent and 16th Street. An affluent neighbourhood, many landowners saw their backyards give way and crumble several metres down the river bank.

Further bank movement in the spring of 2016 forced the City of Saskatoon to close park trails and sidewalks in that neighbourhood for safety concerns.

In an effort to curb the lagging river bank, a geotechnical site investigation resulted in the decision to construct an H-pile and concrete lagging retaining wall, further earthwork on the lower slope and installation of sub-drains.

Though its unclear what effect, if any, these projects will have on the stability and Mother Nature’s will.

Earthquakes in Saskatchewan – yes, earthquakes – also pose a risk for ground movement and subsequent pipeline ruptures. A 3.8-magnitude tremor shook residents near Rocanville, Sask., in September 2016. Interior regions on the continent usually are considered stable and seismic activity is far less than, say, the west coast.

However, whatever stress you create along the plate boundary will be transmitted into the interior part of the continent. As long as you have stress transmitted the there’s always a chance of an earthquake.

Those percentages rise further when you’re talking about induced earthquakes, particularly in the Rocanville and Esterhazy areas where mining is heavy.

“It’s the mining activity that actually disturbs the stress field in that particular region,” explained Dr. Honn Kao, a research scientist, seismology with the Geological Survey of Canada. “If you have active mining then the chance of having induced events are higher.”

Fracking – purposely injecting wastewater to create fractures and flow channels in rock formations well below ground level to extract oil or gas – has become more common in Saskatchewan, though its activity doesn’t match that in Alberta and B.C.

“As far as we can tell, the injection-relation events in Saskatchewan is not really a particular concern. At least not yet it isn’t,” Kao said. “According to our observation, we have not firmly verified any particular earthquakes that can be confidently related to injection operations.”

Pipelines and further expansion to this method of transporting oil appear to be very much in Canada’s and North America’s near future. Both the Keystone XL and Dakota Access lines have been approved and years of delay.

Perhaps a silver lining to the aforementioned oil leaks is the fact that engineers are gaining a better understanding of which areas are more sensitive, as well as learning how the geology interacts.

Though Ferguson said, “a lot of questions still remain on how this will all play out. We’ve talked about the end of oil. What will that look like? But at least we’re learning about this now and asking the right questions, where as before we would just lay down the pipe without considering the things we are now.”