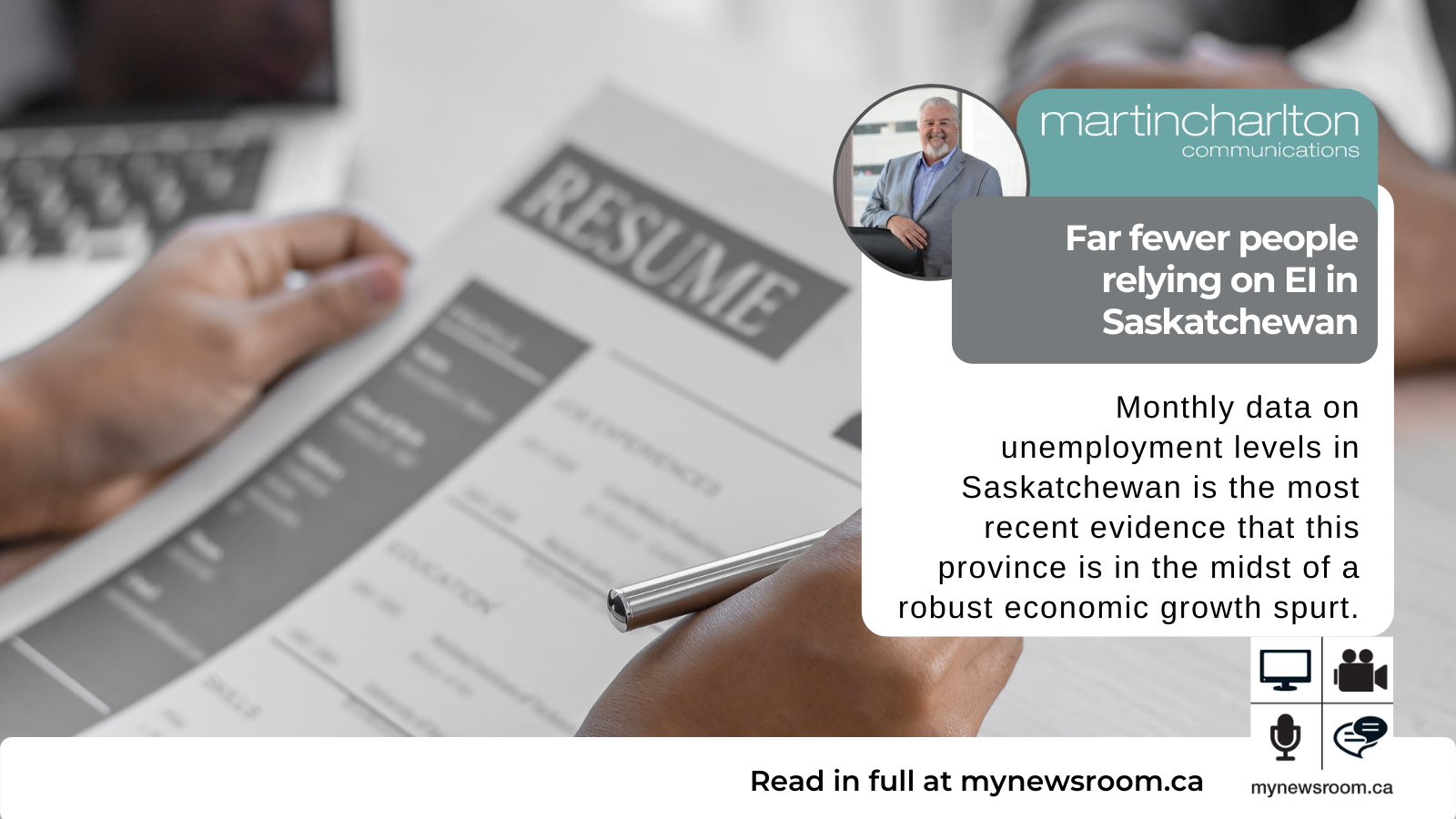 Monthly data on unemployment levels in Saskatchewan is the most recent evidence that this province is in the midst of a robust economic growth spurt.

More specifically, it is the number of people receiving Employment Insurance or EI benefits.

In simple terms, the number of people collecting EI in cities in Saskatchewan dropped by two-thirds in the past year.

Just over 6,200 claimants were recorded in February in Saskatoon and Regina with a 60-40 breakdown between the two cities. That is 67 per cent lower than a year earlier, underscoring how the demand for labour has climbed in the past year as employers gear up in response to the growing economy.

The numbers were quite similar in other cities in Saskatchewan – down about 65 per cent compared to a year ago.

Even in rural areas, where job opportunities are not usually as abundant, the number of people claiming EI because they could not find a job had fallen by more than 40 per cent in the past year.