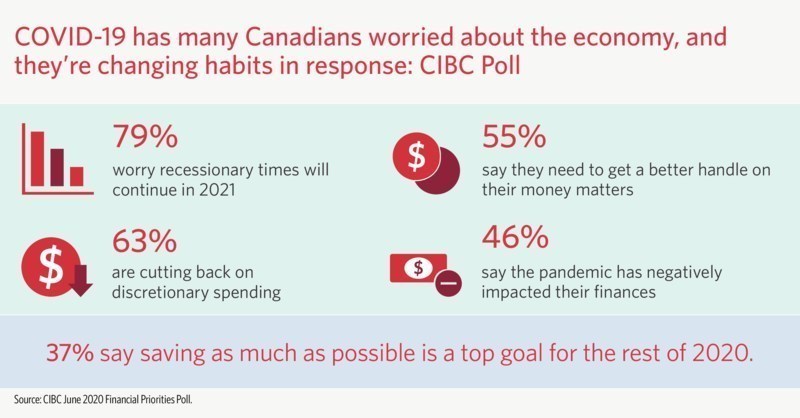 There is some new evidence that many Canadians have finally gotten the message that they have take charge of their own finances. Not long ago there was a report that a big percentage of the population was only $200 away from being unable to make ends meet. Spending, even borrowing to fund day-to-day consumption, was commonplace, even if it was putting them on the brink of financial trouble.

Now, a new study from CIBC which asked Canadians about their financial priorities in the wake of the COVID pandemic shows a change in attitude.

More than half acknowledge the need to get a better handle on their finances and one step that many are taking is to cut back on discretionary spending so they can fund the emergency account. That was more evident in Saskatchewan where 76-percent said that was the first step compared to just over 60-percent nationally.

And the number people taking on new debt is down from just six months ago – a further sign that times are changing.