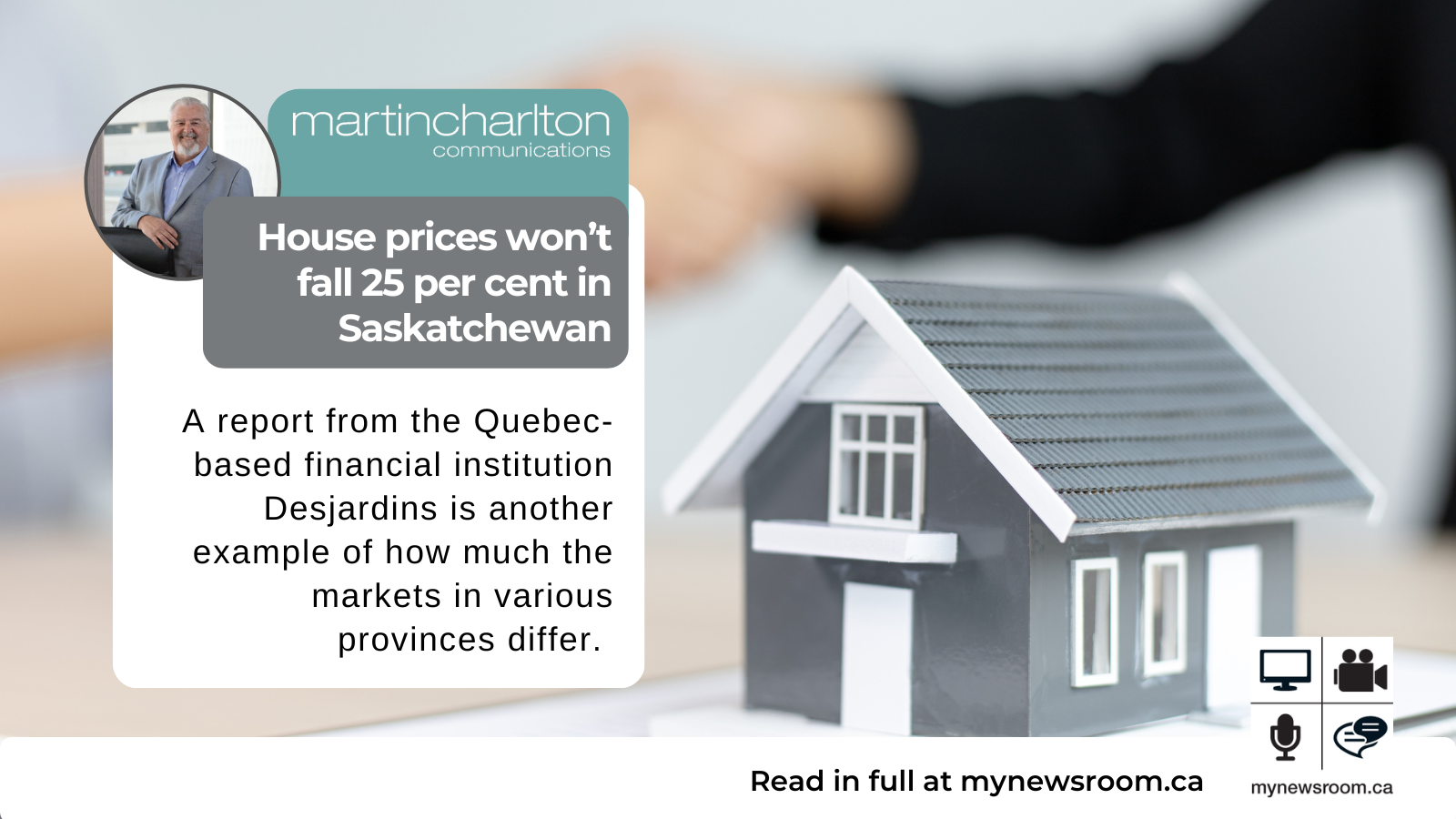 A report this week says that housing prices in Canada could fall by as much as 25 per cent by the end of next year — but it won’t happen in Saskatchewan.

The report is another example of how much the markets in various provinces differ. The highly volatile markets in major urban centers of Toronto and Vancouver are a complete contrast to Saskatchewan which exhibits the most stable provincial market.

Prices in Saskatchewan peaked 13 per cent above pre-pandemic levels and have fallen back only four per cent since. Ontario’s rose 60 per cent after the end of 2019 and will give back 24 per cent by the end of next year.

Desjardins had a much brighter view of the market back in June but says higher mortgage rates have changed buyer attitudes considerably, prompting them to restate their forecast with price declines going from 15 per cent three months ago to 25 per cent now.