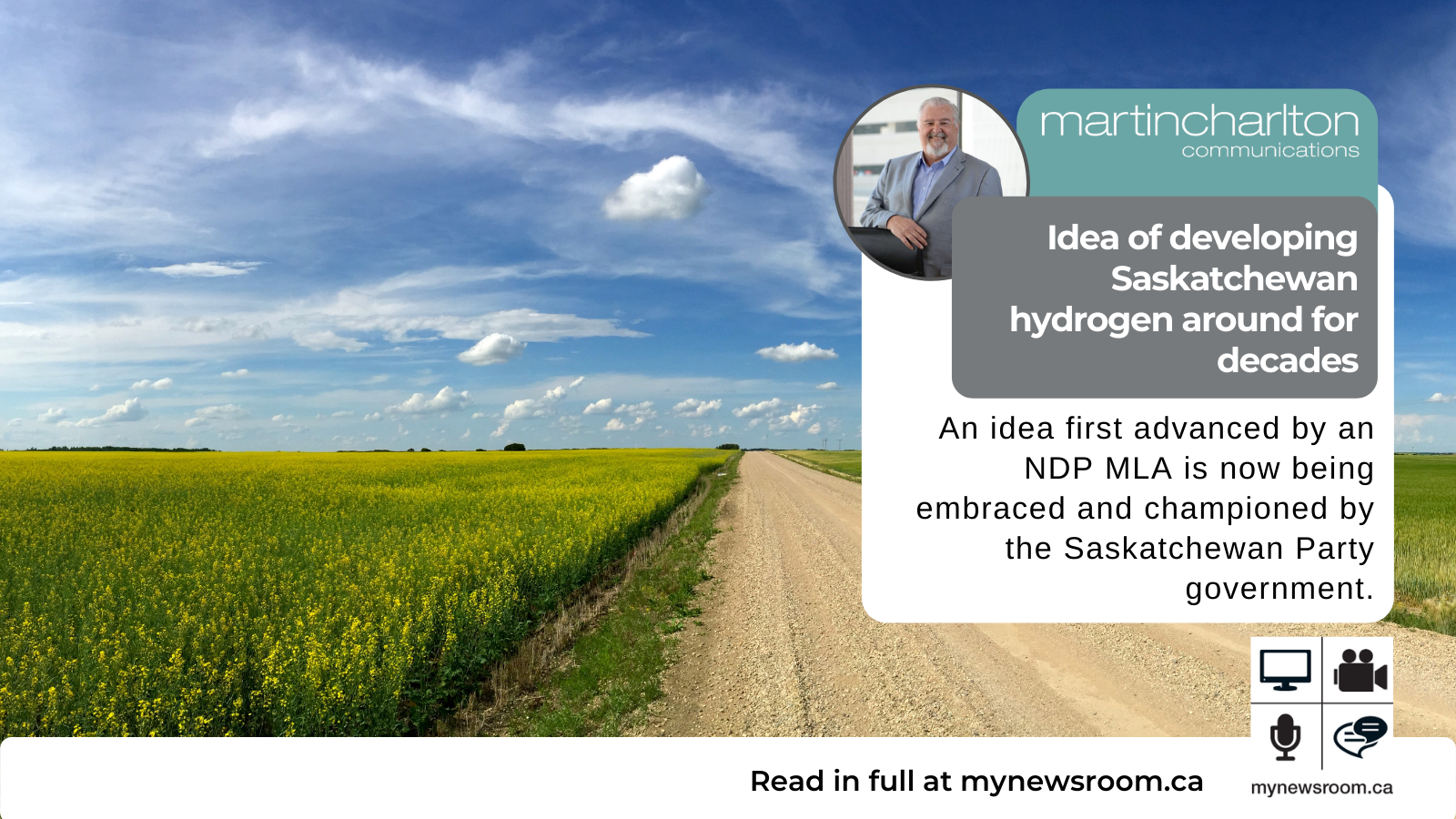 It took almost 50 years but an idea first advanced by an NDP MLA is now being embraced and championed by the Saskatchewan Party government.

Back in 1973, David Lange, one of a group of young New Democrat MLAs full of ideas who were elected to Allan Blakeney’s first government, lobbied for his government to fund a chair at the University of Saskatchewan to study the prospect of hydrogen as an energy source.

Lange saw the potential for converting underground caverns from storage of natural gas to hydrogen and Saskatchewan taking a leading role in converting vehicles to hydrogen fuel.

The idea was nixed by Blakeney’s administration which saw little future for an alternate fuel. So, the idea died or went into hibernation until this week when the Moe government announced it would fund a study into development of a hydrogen hub at the Moose Jaw-Regina Commercial Corridor.

The Saskatchewan Research Council and Transition Accelerator, a central Canadian research charity, study will provide baseline information to advise investors interested in what is known as ‘Blue Hydrogen’ commercialization efforts.