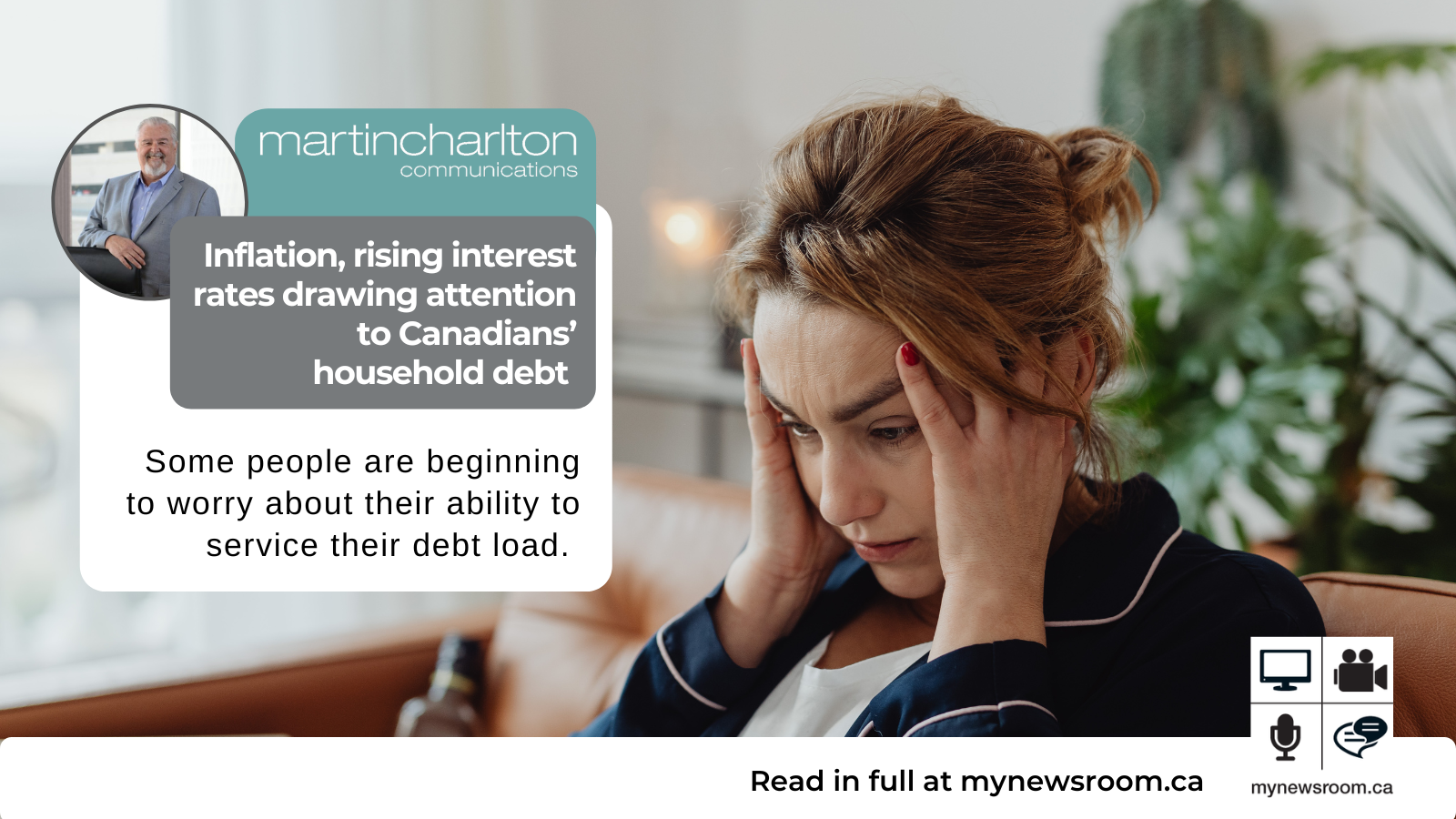 All of a sudden, this report is becoming important.

Statistics Canada regularly updates figures on how much debt Canadian households are carrying.

It normally goes by unnoticed, but now that interest rates have begun to rise, this one is catching some attention as people begin to worry about their ability to service their debt load. That’s because the central bank has started raising rates to fight inflation.

The monthly Statistics Canada report lags real time by a couple of months so the latest hikes are not even captured in the available data but it is hinting at choppier waters ahead.

Total household debt loads in the country were rising at a rate of roughly $12 billion a month from January to April to stand at $2.7 trillion.

The bulk of the debt is for mortgage financing or credit lines secured by residential property.

But there were no signs that we were pulling in our horns when it came to borrowing in the first few months of the year, so, we’ll be tracking this report more closely in the future to see if the tide turns are rates continue to increase.