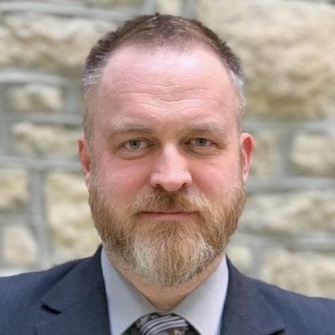 Chad Coller never expected to spend twelve years of his career at the University of Saskatchewan. As one of the executives dealing with the ups and downs that come with managing information technology at a $1 billion institution, it was a rewarding, albeit challenging environment.

“Students, instructors and researchers all depend heavily on technology in their work.  It’s understandable that they demand both reliability and innovation when it comes to IT,” said Coller.

But it was that experience – and the work he and his team did to continually improve university technology platforms – that helped him to see the value of the work he now does at the organization he leads.

Coller, who was appointed President and CEO of Saskatchewan Research Network (SRNET) in May 2019, spent nearly twelve years in the University of Saskatchewan information technology department, rising to the role of Director, Academic and Research Technologies, and Relationship Management.

Coller, a graduate of the University of Saskatchewan, sees his experience on campus in Saskatoon, where he managed large digital networks and infrastructure, as a springboard to lead SRNET into the future.

SRNET is one of thirteen provincial, territorial and national partners that make up the National Research and Education Network (NREN). SRNET and its counterparts provide ultra-high-speed network access to universities, colleges, polytechnics and school divisions, as well as to research and innovation partners. SRNET’s research- and education-focused network connects its members with speed and pricing unmatched by typical commercial network providers.  “Our non-profit ‘abundant bandwidth’ model allows for greater collaboration and innovation to take place over the network, something that’s often hampered by traditional profit-driven networks.” said Coller.

When Neil McClughan, the former CEO of SRNET, announced in late 2018 that he would be retiring, Coller jumped at the opportunity to succeed him. After serving on the SRNET board of directors for several years and then eventually as Chairman, Coller saw how the organization had changed over McClughan’s tenure.

“It was an organization with a low profile before,” said Coller. “Previously, SRNET was primarily focused on the network itself, but Neil saw a lot of possibilities for what SRNET could be. When he announced he was retiring I saw it as an opportunity to keep building SRNET for the benefit of our members, like the province’s universities and Saskatchewan Polytechnic, those in the innovation sector and K-12 education.”

Coller noted in a recent conversation that his work in a university setting, where there are often many moving parts and complex relationships to navigate, was another reason for his interest in leading SRNET.

“Collaboration is the only way to get big things done,” said Coller. “At the university I saw what could be achieved when bright people come together for a particular project or cause. I felt like I could transfer outside the university to work with multiple partners to achieve something great here at SRNET.”

Despite the optimism about the future for SRNET, Coller knows there are challenges in front of him. Familiarity amongst key government leaders is one of those challenges, as well as SRNET’s size as an organization; Saskatchewan has one of the smaller NREN members compared to other provinces.

However, Coller also sees those challenges as opportunities.

“It’s something I knew I would be facing when I took the job,” he said, referring to SRNET’s familiarity and size issues. “But it lets me take my background in technology and relationship management and build on it.”

Looking ahead, Coller is using other neighbouring provincial NREN partners as examples for where SRNET needs to go in the next five years.

“In five years, I want to see SRNET adding value to Saskatchewan like Cybera and BCNET (Albert and British Columbia’s RENs) add for their provinces,” Coller said. “Right now, we don’t have the same capacity that those organizations do, but we definitely punch above our weight across Canada.”

While the challenges ahead for Coller and SRNET are clear, they’re probably not as daunting as receiving calls or emails from students if there were any issues with PAWS at the University of Saskatchewan.

“I’m definitely looking forward to what’s ahead for SRNET.”