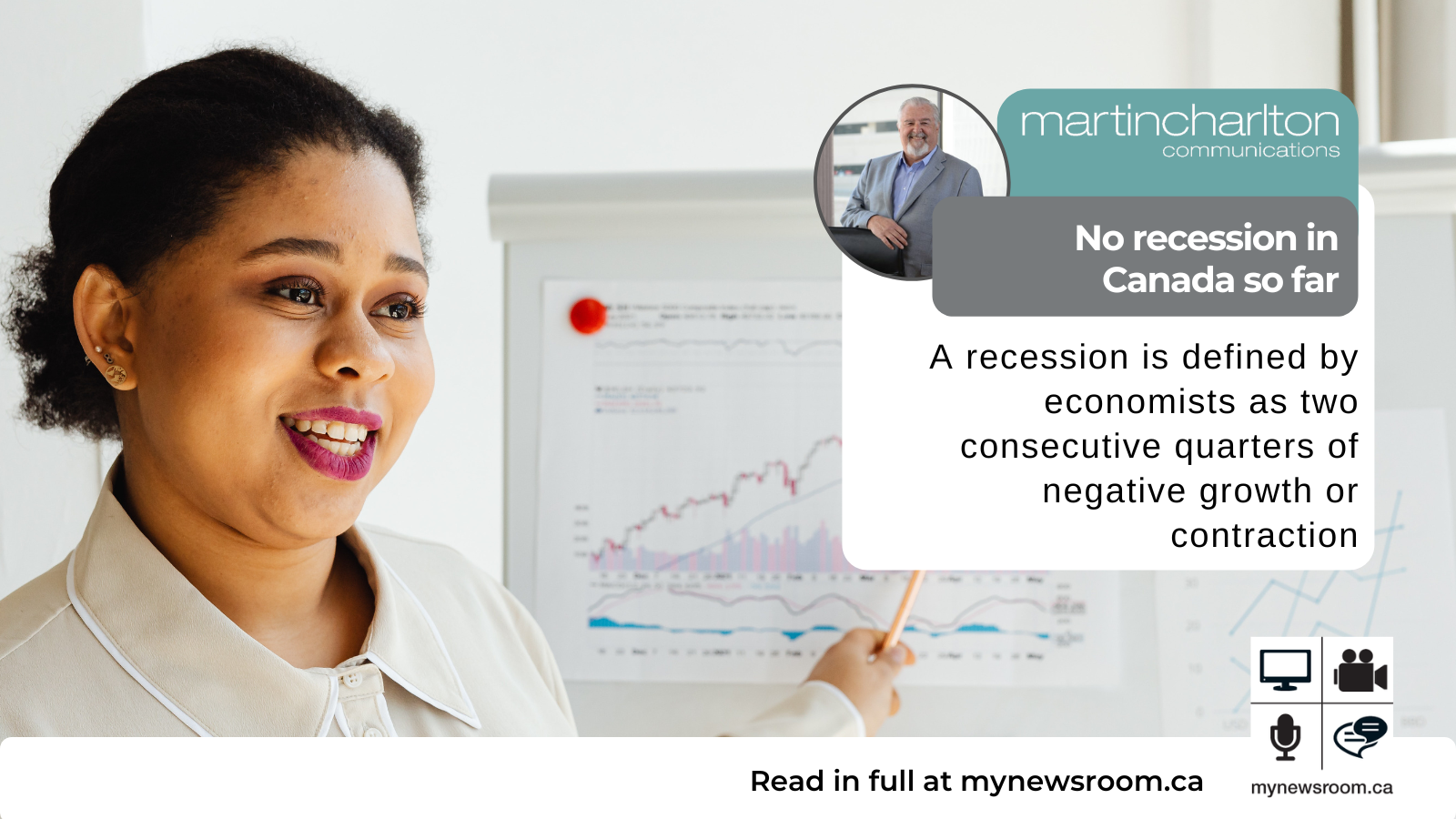 We’re not in a recession yet.

There has been plenty of talk about the possibility of a recession as higher interest rates put a damper on economic activity in hopes of starving inflationary pressures.

But, so far, we have not fallen off the growth curve.

Statistics Canada earlier this week released the GDP numbers for the first quarter of this year and, they were positive.

A recession is defined by economists as two consecutive quarters of negative growth or contraction, so, with Q1 2022 showing a positive result, we are at least a few months away from an official recession.

But some slowing is evident as ever-rising interest rates work their way through the system. This is especially noteworthy as most of the rate hikes came after Q1 numbers were finalized.

Statistics Canada says the growth rate in the first three months of the year was 0.8 per cent or just under one percent. That represents a slowdown from 1.3 per cent posted in the final quarter of last year so it may be a sign that the nation is now on a slower growth track.