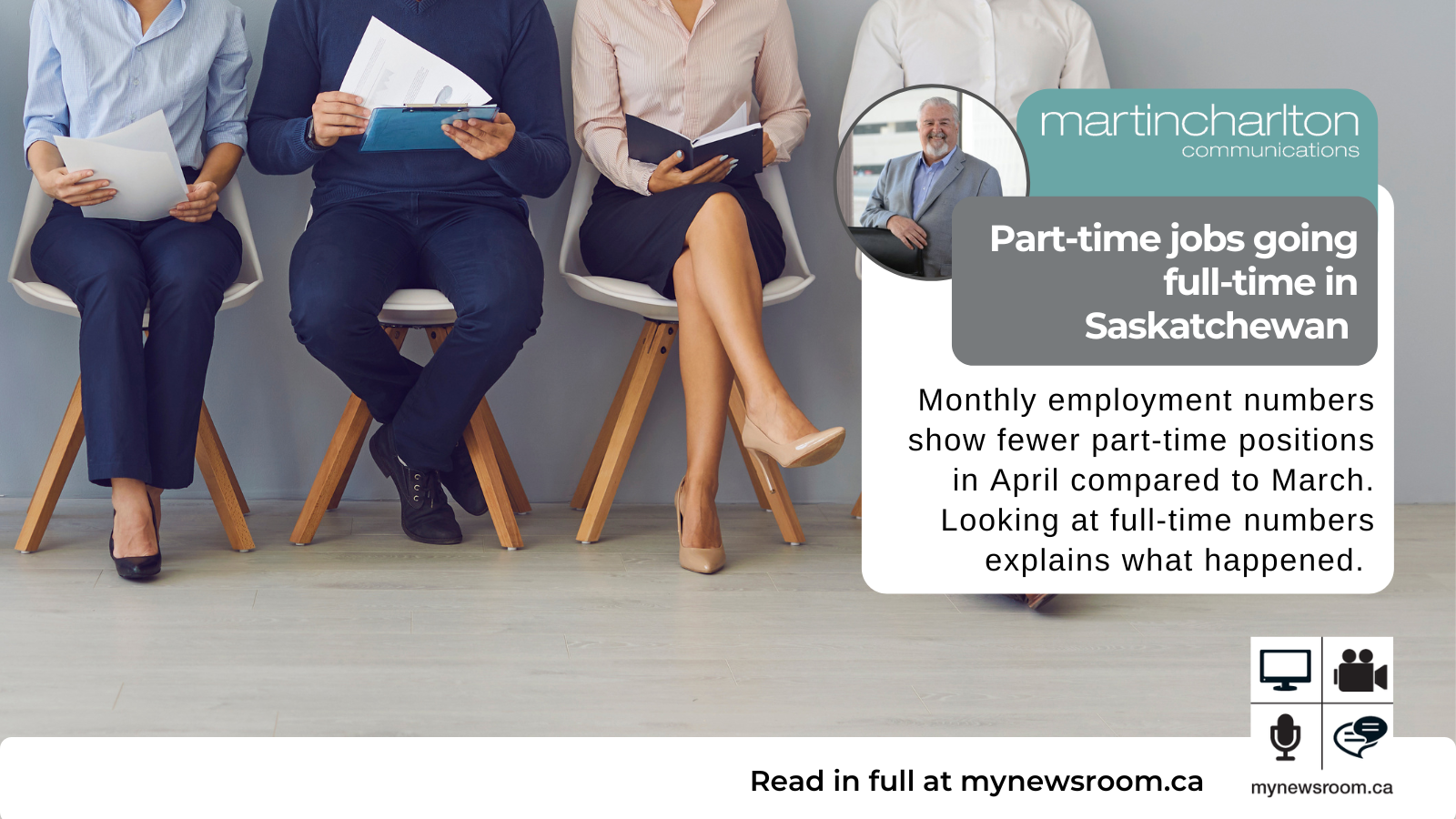 At least that’s the report coming from the monthly employment numbers. However, given the chronic frustration of employers who are scrambling to find workers, it is hard to imagine that nearly 1,000 fewer people were working in April than in March.

The monthly report, though, does say the job reductions were in the part-time category which may cloud the story a bit as it might relate to university students completing their academic year and accepting full-time work over a part-time position while also taking classes.

According to Statistics Canada, there were 6,000 fewer part-time positions last month compared to March and more than 5,000 full-time spots. In other words, part-time became full-time work.

It was the Saskatoon market that was generating most of the activity. Total job numbers increased by 2,400 in the Bridge City in April compared to Regina which saw a decline of 800 positions in the month.

Saskatoon’s performance is so strong that it has the highest participation rate in Canada meaning there are fewer unemployed people of working age than anywhere else.