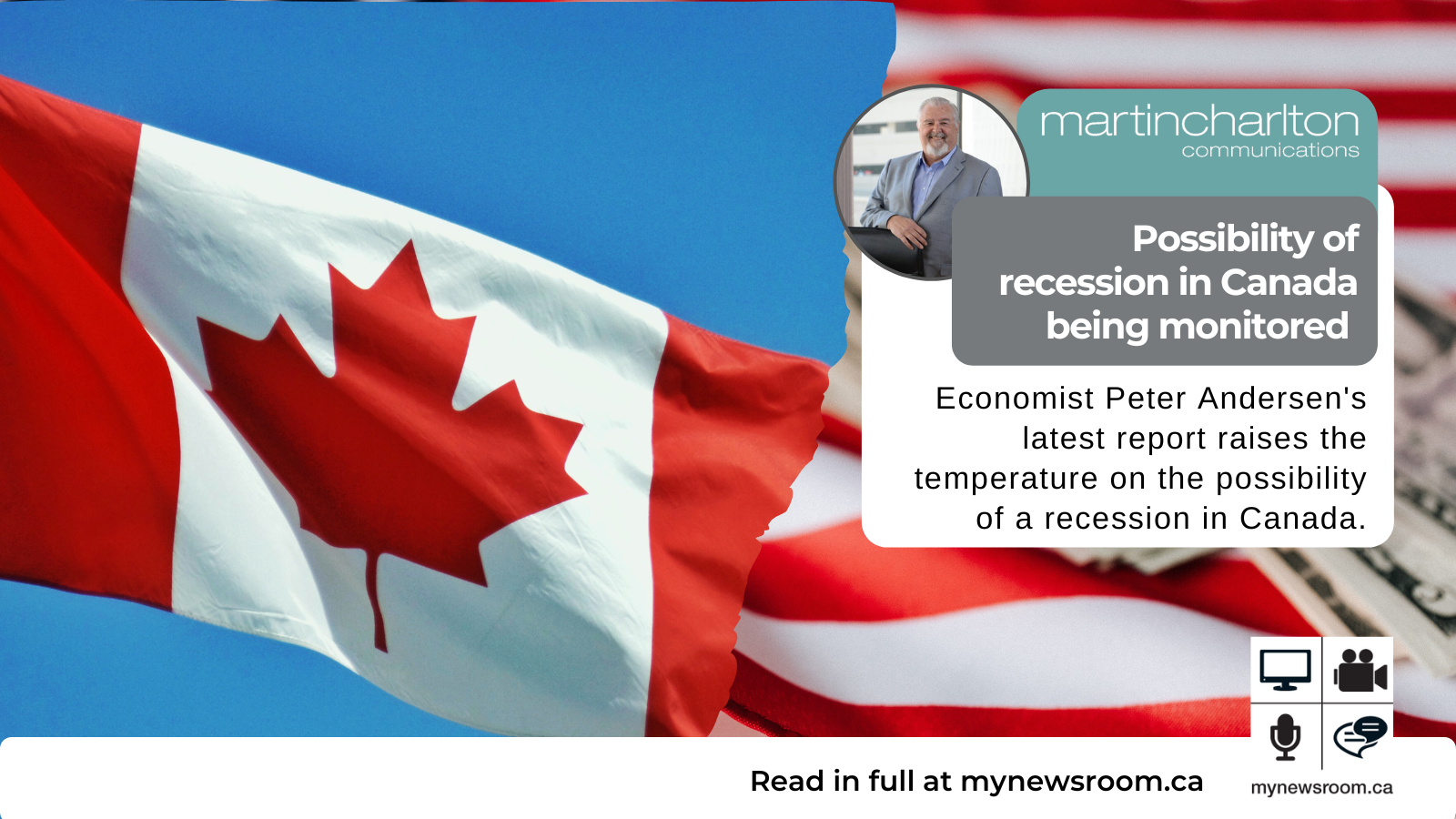 It’s not time to take cover but keeping your head up is more than simply a hockey expression these days.

That is loosely the advice coming from economist Peter Andersen. Formerly on the team at the Bank of Canada, he now teaches in the U.S. and writes a monthly analysis for CEOs who are part of TEC Canada’s development program.

Anderson’s latest report raises the temperature on the possibility of a recession in Canada. The signs are becoming more evident on both sides of the border that a recession may be looming, especially in the U.S.

While he says it is not a sure thing and we could just as easily avoid falling into one, he puts the odds somewhere in the 30 to 40 per cent range. That is up from the 15 per cent many of the U.S. banks were saying just a couple weeks ago. Anderson is watching house prices closely. A pullback or collapse in home prices or the stock market can undermine confidence and trigger a recession. The chances of this happening in the U.S. are higher than in Canada, but the pre-recession indicators are starting to show up