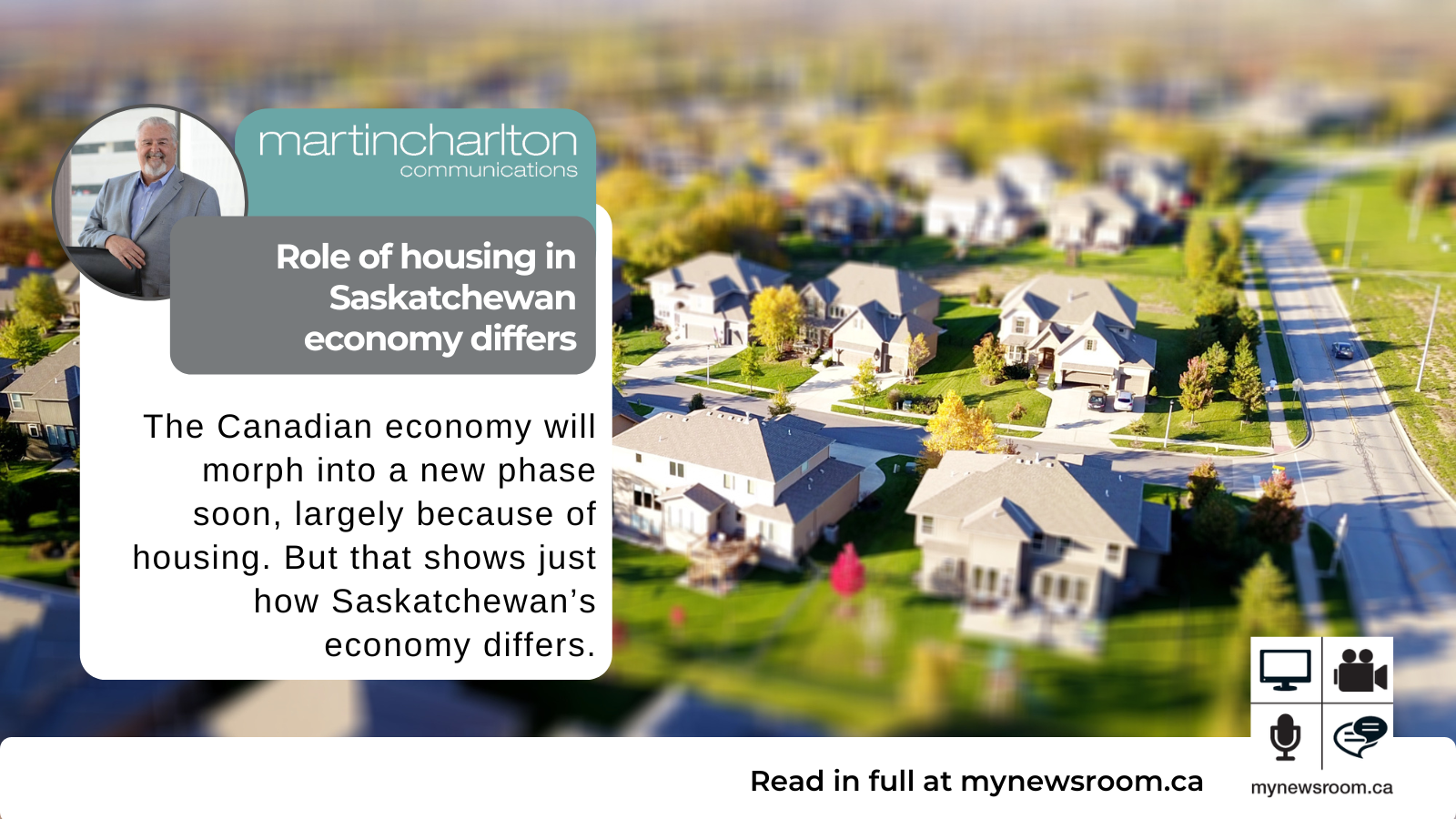 The signals are becoming more frequent and detailed.

The Canadian economy is going to morph into a new phase soon and it’s largely because of housing. That fact is another of the stark indicators showing just how Saskatchewan’s economy differs from other parts of the country.

The first signal is from Desjardins, the Quebec-based financial house, which projects that home prices in Ontario and Quebec will fall between 10 and 20 per cent by the end of next year while the Prairies will not see any declines.

Another report – this one from RBC Royal Bank – focused on the value of home construction to the overall GDP in different regions. In some provinces, investment in residential property is a major factor in calculating GDP. It is most pronounced in PEI while Saskatchewan is at the other end of the scale. Here, housing has the smallest impact on our GDP calculations.

RBC also notes that Canada has passed the tipping point on house prices in Toronto and Vancouver, so, spending on property will be less of a catalyst for economic growth in regions that had been hot.