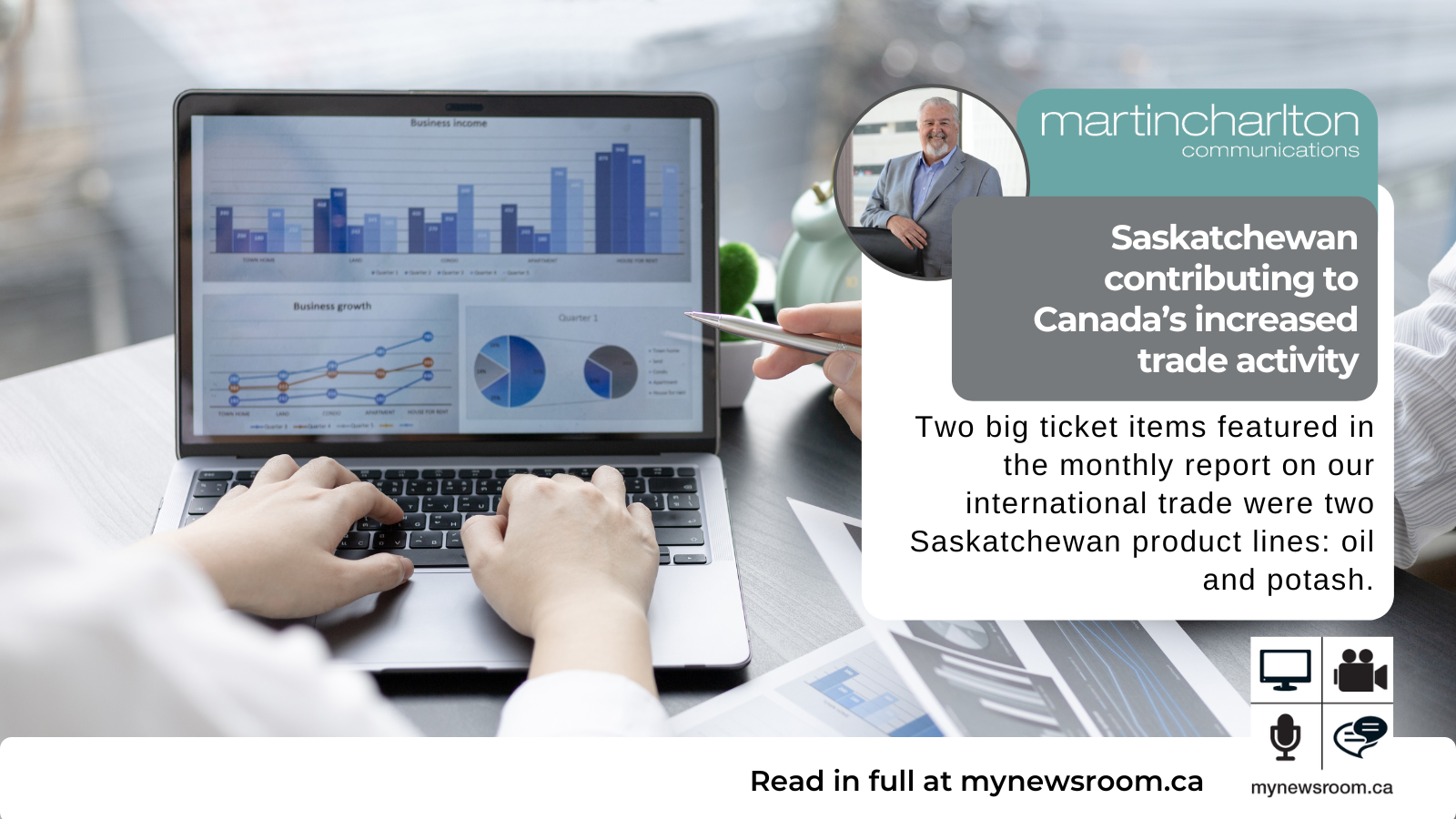 Canada’s trading activity rose sharply in March as the volume of goods entering and leaving the country was growing and the price of those items was rising too, which helped boost the totals.

Oil was a big one for Canada as it was featured on both sides of the equation. Our exports were up but so were our imports.

The U.S. is the biggest supplier of oil to Canada, but imports from Saudi Arabia and Nigeria increased as well.

On the other side of the ledger, our oil exports also grew with the U.S. being our largest customer. In other words, the U.S. is our biggest buyer and biggest supplier as we feed the western side of the continent and they supply the eastern side.

Potash also caught the attention of Statistics Canada as the value of our exports set new records, rising more than 22 per cent in March on top of a 30 per cent gain in February.