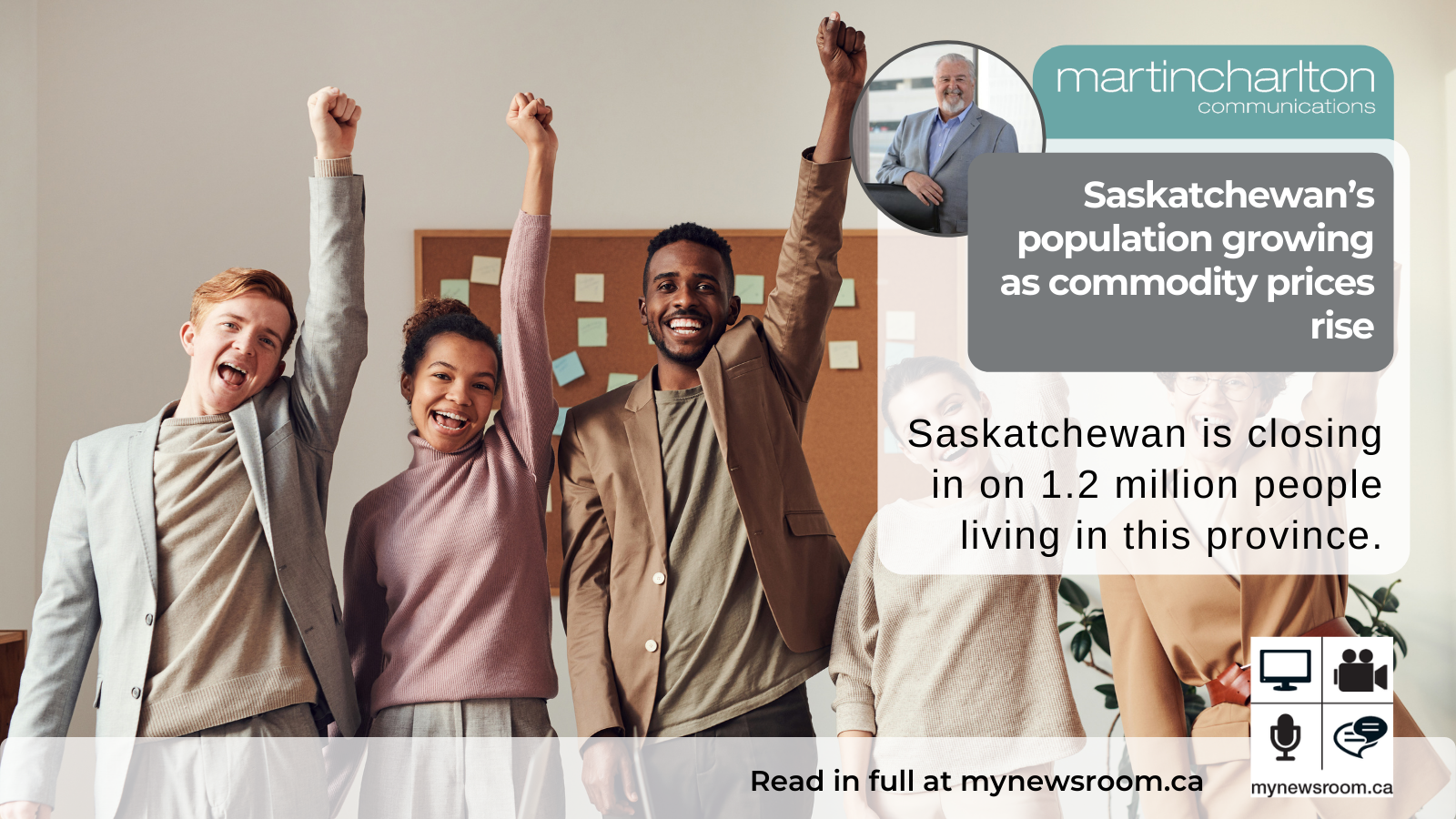 Saskatchewan is closing in on 1.2 million people living in this province.

Statistics Canada’s quarterly estimate of the population says Saskatchewan ended last year with 1,183,000 residents. That was up roughly 2,500 from the previous quarterly report and almost 5,000 from a year earlier.

But, while Saskatchewan is closing in on the 1.2 million number, the more important data flowing from this report is that the province is on the growth track again.

But the underlying story is that Saskatchewan’s economy and ability to attract residents had lost its mojo as more people left than came to the province.

Saskatchewan is now back on a growth track with commodity prices moving in the province’s favour.  Saskatchewan is likely to see a spurt like it did about a dozen years ago. Back then, Saskatchewan saw its population rise by about 15 per cent over a 10-year period.