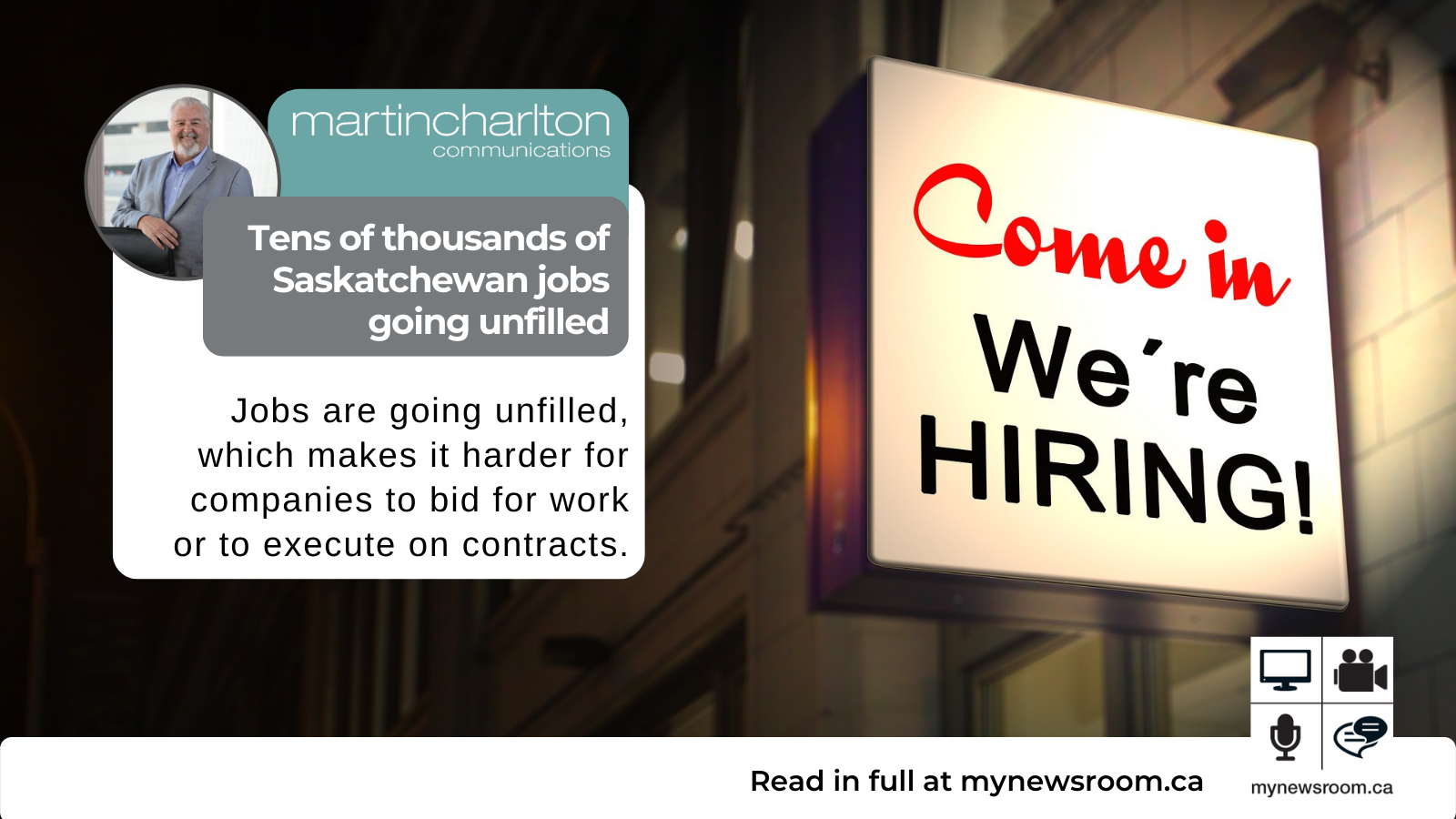 There is further evidence that the labour market in Saskatchewan is getting tighter.

If there is anything employers and business owners are complaining about these days – even more than inflation or supply chain issues – it is the ability, or perhaps more accurately, the inability to find personnel. Jobs are going unfilled, which is making it harder for companies to bid for work or to execute on contracts they have already secured.

The numbers on job vacancies provide some insight into these challenges. Statistics Canada has developed a relatively new report on jobs going unfilled and they released the latest update Friday. In earlier reports, Saskatchewan was generally in the bottom half of the provinces meaning that we were among the least challenged on this front, but now we’re in the top half as the issue becomes more acute.

More than 26,000 positions were posted but going unfilled in March. That represents a 5.4 per cent vacancy rate. Interestingly, that is roughly the same as the unemployment number but it also more than all the jobs in cities the size of Prince Albert or Moose Jaw.