With each passing day economists are getting a more focused view of how the COVID pandemic is going to impact the economy – both nationally and provincially. This week we got a forecast from the economics unit at TD Canada Trust.

Their projection features bigger numbers than the ones that were released earlier in the month.

TD says they expect Saskatchewan will take an 8.2 percent hit this year. Two weeks ago one of the other banks had it pegged at roughly five percentage points so two different sets of eyes looking at it just a couple weeks apart have sharply differing perspectives.

And just like the earlier forecast of a sharp rebound next year, TD is seeing that too but not enough to offset this year’s reduction. They suggest 20201 will see growth of 6.7-percent so we’ll still be a point-and-a-half behind.

At a pullback of eight-percent, we’d be in the middle of the pack nationally with Alberta expected to take the biggest hit – more than 10-percent – because of the double whammy of COVID and falling oil prices. 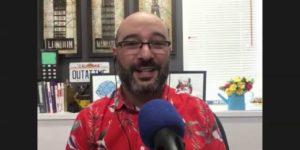