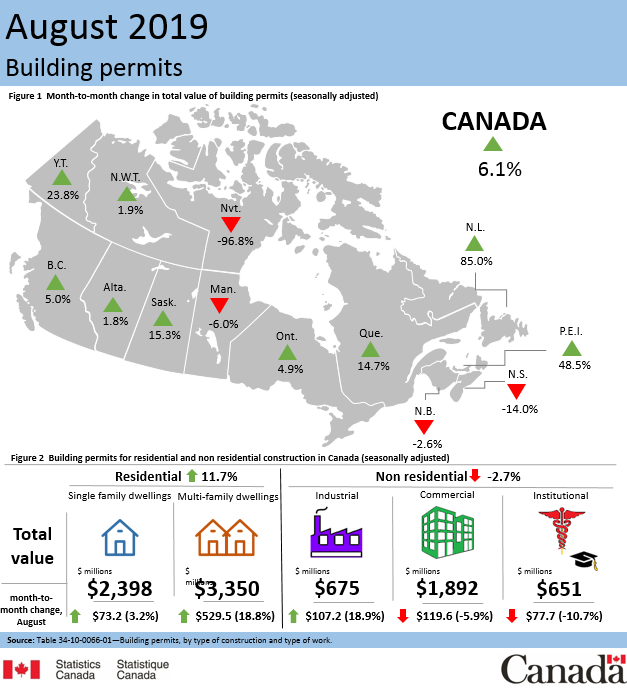 When we get the monthly reports on building permits, it has not generally been a good news event. In broad terms, we have gotten used to seeing that things are soft, that the value of construction projects in the pipeline is, at best, flat.

But now we have a report that is showing some promise. It comes from August.

In that one, Saskatchewan was posting black numbers. In short, permit values were rising, not contracting.

Compared to July, the value of permits rose by 15-percent. That was generated by an increase in both residential and commercial activity. Compared to the same time a year ago, it represented a similar 15-percent increase.

The residential segment was a bit quieter, rising less than six percent in the past year and when you break that component down a bit, it contained a $5 million decline in single-family unit permits. That was the largest reduction in the entire country, so home builders are still fighting to draw down inventory before investing in new units.

The multi-unit story was different. On this front, we saw the value of permits hitting $12 million….compare that to all of Alberta where it municipalities saw only $3 million in permit approvals.