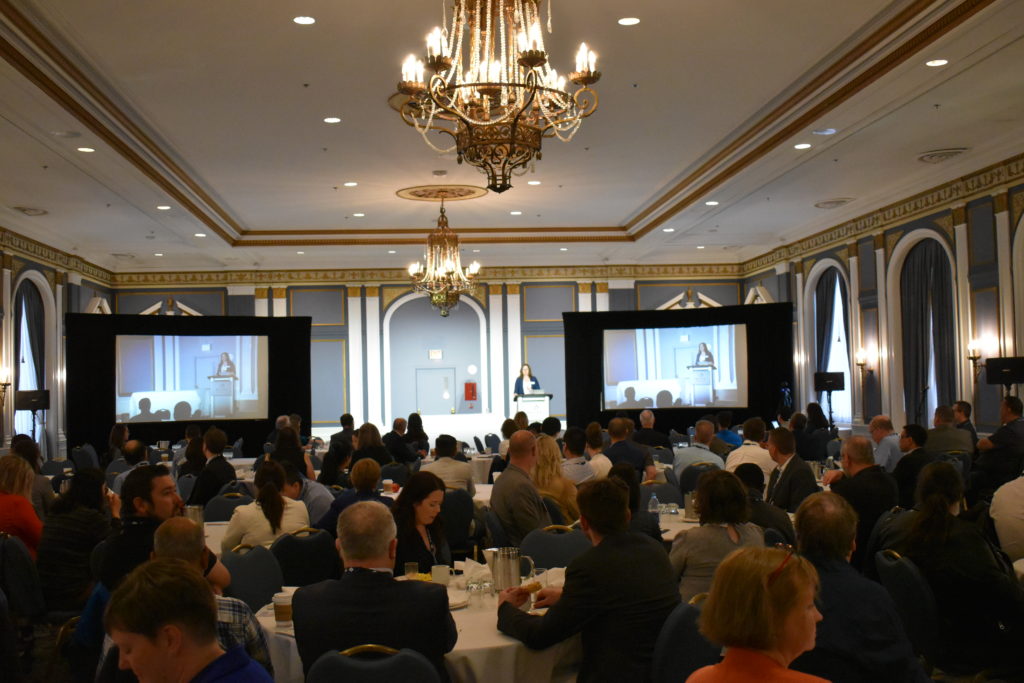 Dr. Iain D. Stewart was part of a track of speakers who focused on practising the professions.

While only two per cent of the Earth’s surface is covered with urban areas, much of the world’s population lives in cities, making climate conditions in those communities critically important.

Dr. Iain D. Stewart explained that by 2050, more than 60 per cent of the world’s population will live in cities. Stewart is a research associate at Ontario Tech University and a Fellow of the Global Cities Institute in Toronto. He holds a PhD in Geography from the University of British Columbia and is a specialist in urban climatology and climate-sensitive urban design.

He explained that cities will bear the brunt of climate change related to temperature. Very hot days will become more frequent. For example, in Regina and Saskatoon, it is typical for there to be 10 to 12 days a year where the daytime maximum temperature is above 30° C. The summer of 2021 – when Regina had 33 days of above 30° C and Saskatoon had 31 — is an indicator of what is to come, he said.

What is critical to understand is that the temperatures recorded for Canadian cities by Environment Canada are lower than what would be recorded if the temperature was taken in the centre of the city. Using meteorological sensors in urban areas and just outside them show there is an urban effect on climate. These wind effects go beyond increasing temperature to reducing wind speed, fog and humidity and solar radiation as well as increase thunderstorms and precipitation.

Near a city centre where there are taller buildings clustered closer together, a peak temperature is reached. An urban heat island exists were the air in a city compared to air just outside it tends to be three to 10 degrees Celsius warmer at night on a typical night in October.

Stewart explained what is modifying the climate in urban areas. First, there are urban canyons, which are streets that are flanked by buildings on either side. Cities with deep and narrow canyons have strong heat island effects. The climate in a city’s centre is dependent on the spacing of buildings and their height.

The second effect is thermal properties of urban surfaces. The materials used when constructing buildings, roads and other infrastructure has an impact on more than air temperatures in a city. There are the surfaces of building walls and surfaces beneath tree canopies to consider. Urban heat islands go down below a city’s surface where there are thermal effects from paving and underground infrastructure, such as sewers.

Cities become heat domes where cool air reaches the top of the dome, condenses and falls at the end of the city limits generating a wind towards the city’s centre. At the edge of cities is a dynamic space in urban meteorology which is typically where there is new construction as well as industrial development. This can impact air quality as pollutants from factories are drawn to the city centre by the movement of air due to the heat dome. This wind pattern is a significant consideration for zoning.

Another significant consideration of heat domes is the increase in the frequency and duration of heat waves. Canada – and in particular B.C. – has already experienced a heat wave that became fatal for vulnerable residents.

Stewart shared some guiding principles for climate-sensitive urban design. First, consider climate issues at the earliest opportunity. Once land has been developed for urban use, much of the urban climate effect is locked in and opportunities to change this are limited. Second, remember that no single design can meet all climate objectives. Decide on compromises, such as shade versus sunshine. There is also a rule of thumb to remember which is height/width ratios of ~o.5 satisfy the need for wind, shelter, solar access and shade.

He explained the pros and cons of compact cities. While they can reduce land consumption and make transportation more efficient, they can also reduce solar access, limit the number of trees and make heat islands stronger.

Finally, he explained what contributes to cities being more comfortable for their residents, such as parks, trees and vegetation that contribute to air flow as well as help with temperature control and humidity levels. He advised against placing buildings in patterns that create wall effects that block the movement of air and urged careful consideration of facet-level interventions, such as painting roads white, in order to prevent unforeseen circumstances. 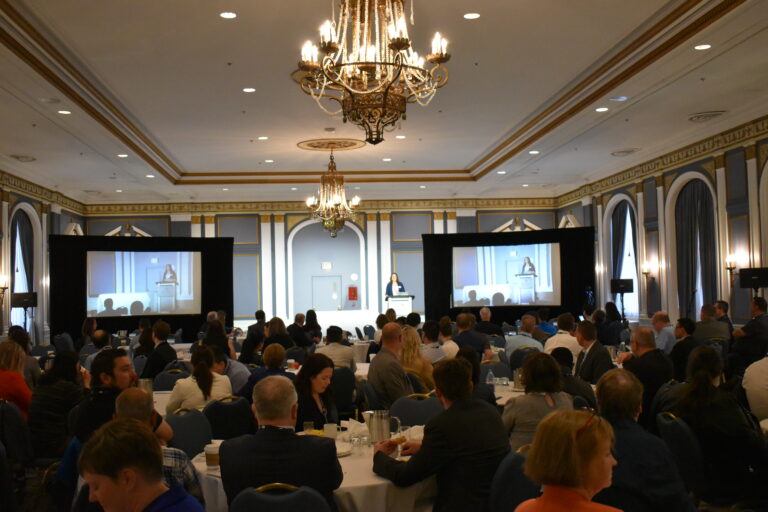