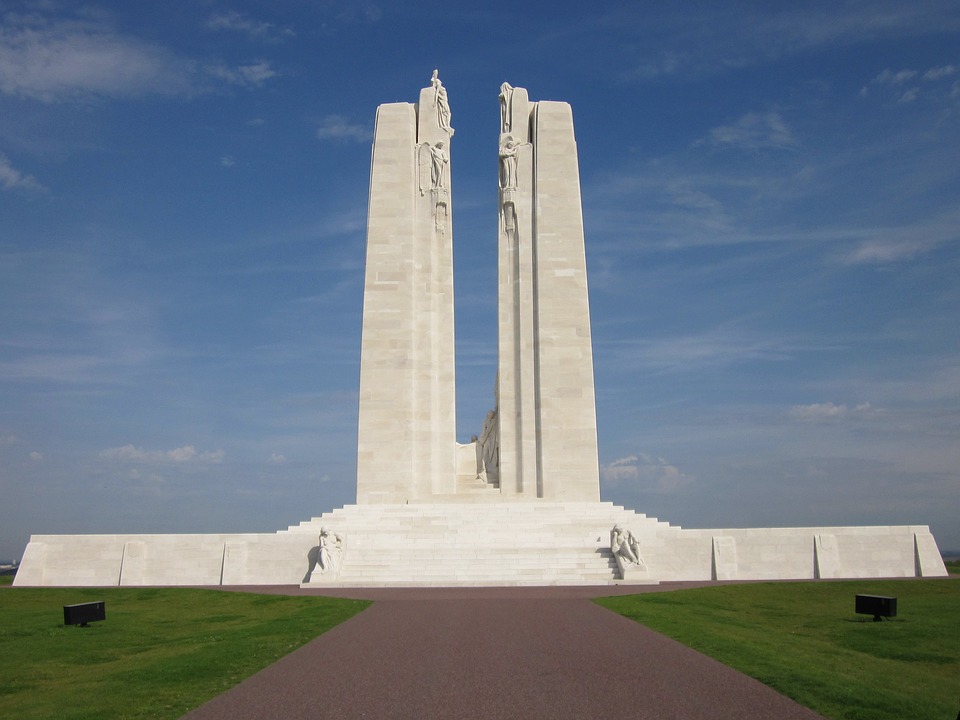 The Canadian infantry was doubted, had their ideas scoffed at and called unorthodox by British allies and weren’t expected to be successful in combat at Vimy Ridge.

Thanks to several engineering marvels and a well-orchestrated attack, a Canadian-led force won a key battle in the first World War in northern France.

Many historians believe Canada “came of age” as a country in April 1917 when soldiers took control of that now-famous hillside and forced the German enemy to retreat.

How did they do it? With the aid of geologists, of course.

Vimy Ridge is the highest point in northern France and is about 14 kilometres long. It was already home to dozens of ancient tunnels prior to WWI. Germans and allied forces dug more tunnels for various reasons – protection, command posts, ammunition storage, listening posts and to plant explosives beneath enemy soldiers on the above battlefield.

The network of tunnels was one of the most remarkable engineering feats of World War I. Digging was an integral role for a soldier. Hundreds of kilometres of tunnels were dug, which helped reduce the number casualties, return the wounded through a safer route, and enabled supplies to be brought up under less hazardous conditions.

Within these tunnels, soldiers would use geophones with stethoscopes to tap in to nearby enemy conversations. These listening techniques also enabled soldiers to hear where enemy tunnels were being dug.

Geophones could detect noises up to 50 metres away. Using two geophones, a listener could decipher the direction of enemy activity by moving the sensors until sound levels were equal in both ears.

By the end of 1916, the scale of tunnelling warfare expanded so much that there were not enough listeners to man every post. As a result, central listening stations were devised. Working electronically like a telephone exchange, the signals from up to 36 remote sensors (tele-geophones and seismomicrophones) could be distinguished and logged by just two men.

(A modern seismic survey for oil could potentially use thousands of geophones).

The Fullerphone, invented by British Major General Fuller, had a scrambler to prevent German spying. It allowed both telephone and telegraph signals to be sent.

Above ground, engineering methods took shape in the form of surveying and mapping and stereoscopic photography. Maps of that region of France were not reliable, so soldiers had to come up with alternative ways to determine the best route of attack.

How did they do this? Observation balloons carried cameras and wired phones in a basket hanging below – historical images of this practice resembled a small blimp with a hanging carrier basket.

Military aircraft also had mounted cameras, though flying a surveyor plane proved to be a dangerous mission as the average life expectancy of a pilot was two months. Famous German fighter pilot Von Richthofen (aka: The Red Baron) registered 80 kills in the war, most of which were surveyor pilots.

Other popular engineering practices used by Canadian and allied forces at Vimy included:

Bull improved a string galvanometer electrocardiograph, a Willem Einthoven invention. This was a 600-pound machine originally used in heart research and required five operators. Small electric currents flowed through the string and was deflected by magnets, which would cast a shadow on a moving film strip. The position of the shadow indicated the strength of the current.

Though Bragg, Darwin and Bull were not well received by British commanders.

“The idea of carrying an electrocardiograph into the line, setting it up, and depending on a photograph of the vibrations of an oscillograph to tell you of the enemy gun positions was treason, literally treason,” said General Andrew McNaughton, a civil engineer and artillery specialist who hailed from Moosomin, Sask.

“We brought the sound rangers down to the Canadian Corps area. The first thing I did was get them physically looked after and then we began demanding information from them and we made darn good and certain they knew we were using it.”

Canadian Corporal Tucker, while at Imperial College, studied the change of electrical resistance with temperature, so they used his idea to detect enemy cannon noise.

Hot wire microphones were deployed in a long line and plotted on a map. When an observer heard a shot, he would turn on the microphones, while a technician measured the sound through each microphone.

Flash spotting. Telescopes were used to spot a flash and measure the angles. Telephones were used to turn on a timing light, and when all the lights were lit simultaneously they had the same target.

Calibrating cannons: Guns were aimed directly over open sights or indirectly using forward spotters with code to indicate right or left for the next shot. By the time the target was located and ready to be fired upon it was moved to a different spot.

General McNaughton’s calibration of heavy guns allowed his soldiers to hit the target on the first shot, achieving surprise, using map coordinates from sound ranging and flash spotting and corrections for muzzle velocity, weather and topography.

What did the Germans do to counter these tactics? German Ludger Mintrop, a physicist, found a method to estimate the distance to cannons by using seismic and sonic signals. However, German generals did not believe him.

Late in 1918 Mintrop finally convinced a general to invest in 100 seismic reconnaissance groups, but this project was never realized because the war ended.

After the war, Mintrop moved to Texas and found oil with his seismic methods.

Canadian soldiers were diligent in their preparation. They perfected their attack through “dress rehearsals” before their surprise onslaught.

The troops in strict formation advanced behind a creeping barrage, a tactic first used at Vimy. Heavy artillery fired just ahead of the advancing troops, which prevented German soldiers from escaping their bunkers and trenches.

Two weeks before the Vimy assault, the allied forces started to soften German positions with a massive artillery barrage. More than a million shells rained down during what the Germans called the “Week of Suffering.” Aerial reconnaissance allowed spotters to report the position of German guns, which were then hit.