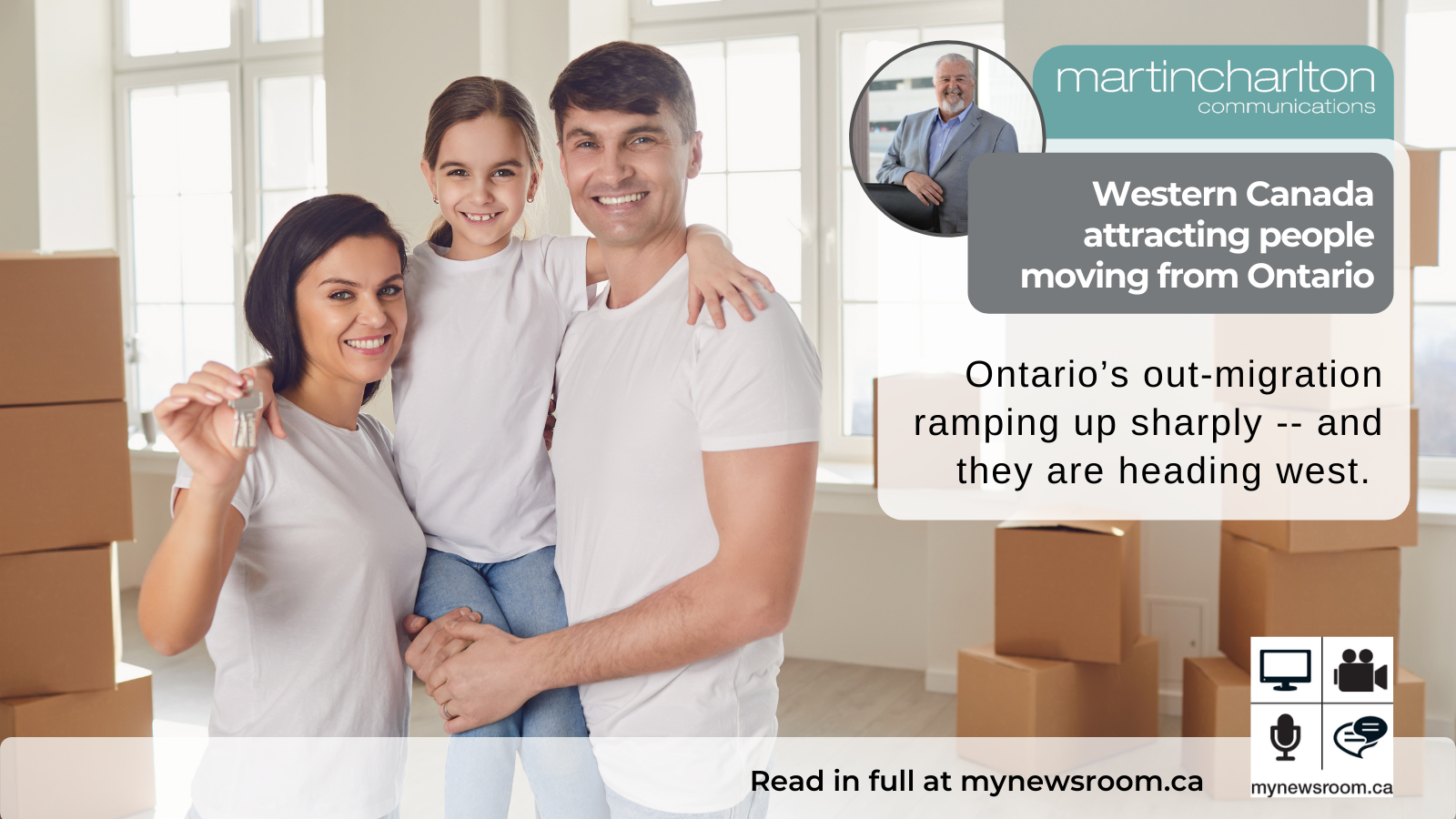 History may be repeating itself. There is something brewing in Ontario that sounds an awful lot of like a story we heard

Ten or fifteen years ago, people were leaving Ontario and heading west, primarily to Alberta and Saskatchewan because our economies were riding the wave of a commodity super cycle which sparked investment, jobs and strong cash flows.

Things eventually cooled off and the flow started heading east again until last year that is.

The trend was noted by economists at Scotiabank in a piece on Ontario’s out-migration ramping up sharply.

Last time, it was because of greener pastures on the Prairies. This time, the primary cause is housing prices. People are leaving in search of a more affordable lifestyle which is the lure of Western opportunity.

Commodity prices have returned to the upward side of the cycle giving Saskatchewan an economic bump like the one that attracted Ontarians a decade ago. But now it is a double whammy — Ontario housing prices and Western Canada’s strong economy.