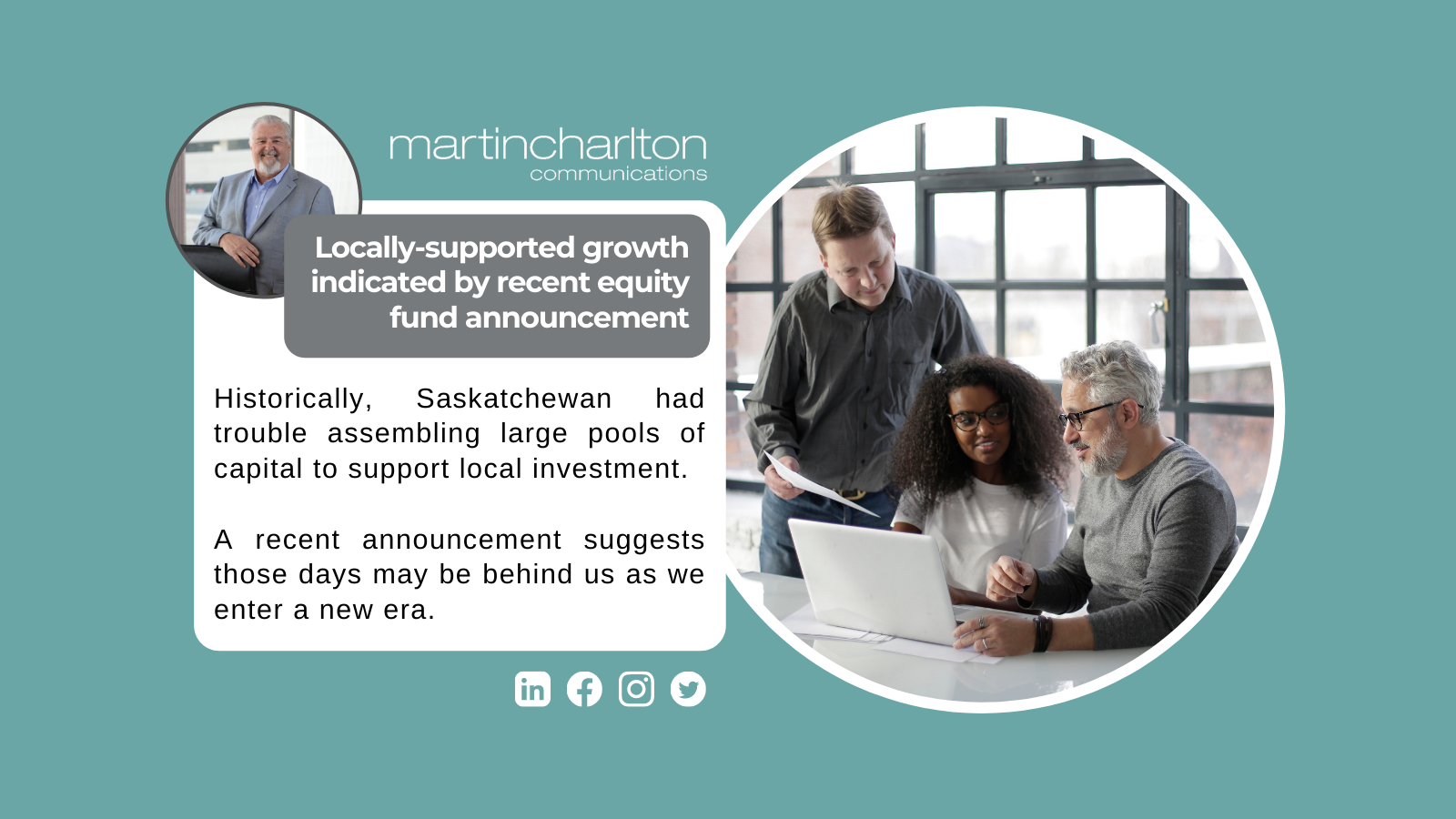 The largest-ever private equity raise by a Saskatchewan-based fund manager suggests something noteworthy about local investment in the province.

On Jan. 15, Saskatoon-based WestCap Management announced it had filled its latest equity fund offering. This one is $285 million, which had originally been targeted for roughly half that amount.

This is the third and largest WestCap MBO or Management Buy-Out fund, capital raised from local high net worth individuals, families and local institutions to facilitate succession planning of locally-owned businesses.

They are not the only fund raising money for this purpose so clearly something larger is going on here. Enterprises created by the Baby Boom generation pass to the next generation as younger players buy out the older ones using this capital to complete the transactions.

Historically, Saskatchewan had trouble assembling large pools of capital to support local investment but this development suggests those days may be behind us as we enter a new era of locally-supported growth.