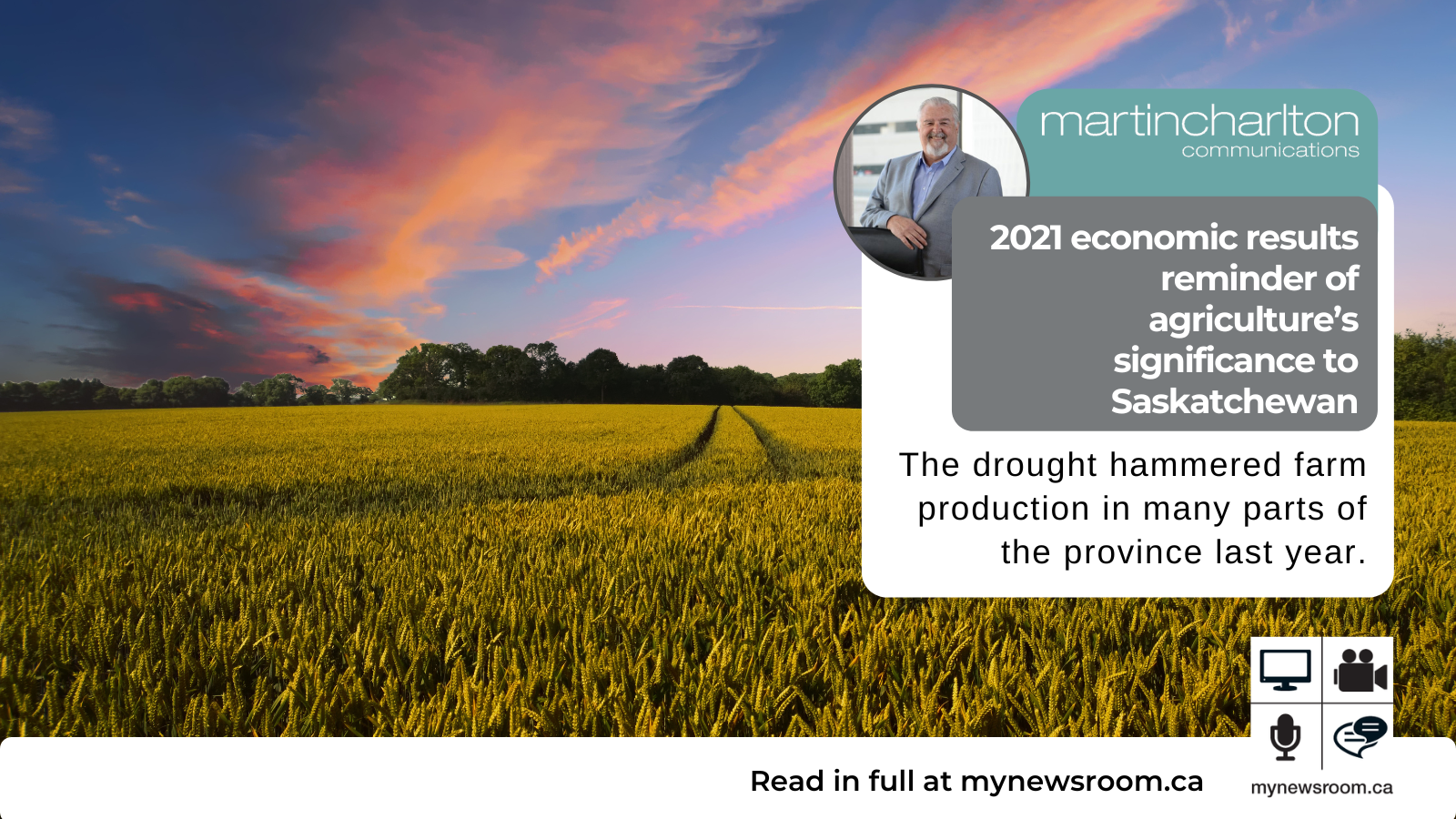 We now have our first indications of just how deeply the drought affected Saskatchewan’s overall economic position in 2021.

Statistics Canada has just released its assessment, or first cut, at final figures for economic growth or contraction last year. And, it shows the Saskatchewan was the only province that posted a negative number. The contraction was just one-third of a point but it was the only one in red numbers.

This is a testament to the significant role agriculture still plays in our economy. The drought hammered farm production in many parts of the province last year, dramatically cutting into overall output. That impact found its way through the rest of the marketplace as it put a damper on discretionary spending for things such as retail or consumer goods.

The national figures showed nearly five per cent growth as the rebound from COVID-19 took hold. And, while we were experiencing some of that here too, the drought more than offset our recovery gains and sets the stage for another big swing – this time a positive one –  if we see normal growing conditions in this crop year.