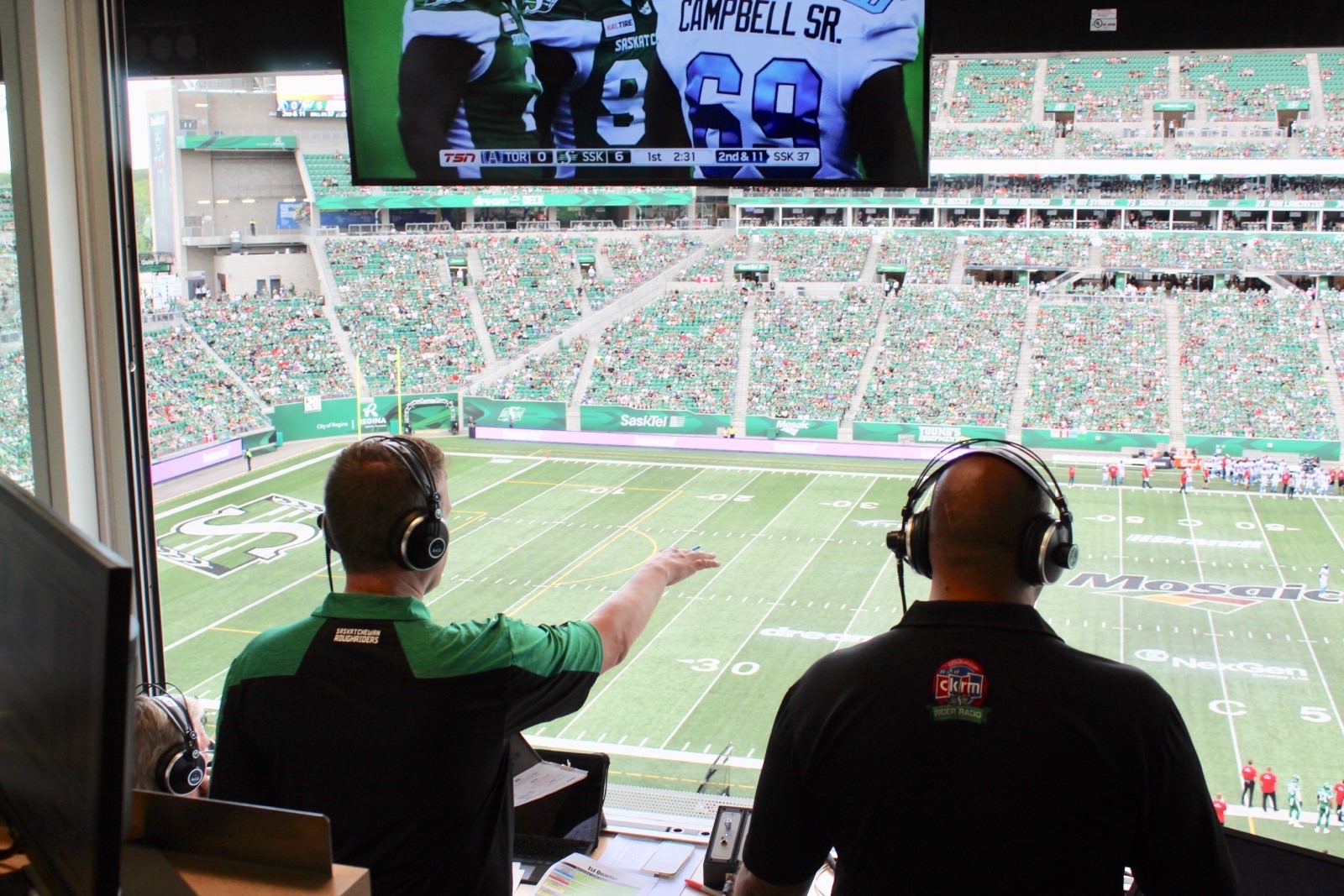 Saskatchewan Roughriders fans, if they haven’t already done so, should find alternative programming to occupy their time this summer.

That’s because hopes of professional football being played in Canada this year are rapidly dwindling.

Even Derek Taylor, play-by-play announcer for the Riders and host of the Sportscage on CKRM, is pessimistic about a CFL season in 2020.

“When the commissioner (Randy Ambrosie) spoke in front of the House of Commons (in early May) and said the most likely scenario is that we don’t have football, that just made my heart sink,” Taylor said. “He doesn’t have a lot of reason to exaggerate this situation … that’s not a good sign for us.”

“I pray that we do have football, but I don’t think that we will.”

The Riders were scheduled to play the Calgary Stampeders this past weekend in their first pre-season game this season. That game, in addition to contests originally scheduled through the next three months, have been cancelled due to health and safety restrictions from COVID-19.

In fact, CFL teams won’t hit the field until September at the earliest, if at all this year.

Even if football does return, Ambrosie removed the guarantee that the Grey Cup game would be played in Regina. Instead, should the CFL return with a truncated schedule this fall, the team with the better record would host the championship game.

Taylor agreed with Ambrosie’s scenario in an abbreviated season. He said it’s similar to what Major League Soccer did several years ago when that league realized neutral site MLS Cups aren’t popular with fans.

“Having the team with the better record host the championship game is really the only way you can be assured it’s going to sell out,” Taylor said. “If the Riders host that game, it’s sold out. If Hamilton hosts that game, it’s sold out. If Vancouver hosted the Riders and the Ti-Cats in the Grey Cup with one week’s notice and you’ve already lost the people who would book it months ahead of time, I honestly think you could find yourself in an embarrassing situation where you have three-quarters of the stadium filled, at best.”

However, a cancelled 2020 season outweighs any optimism carried by players, coaches and fans.

During his testimony at the House of Commons, Ambrosiesaid the league’s future is “very much in jeopardy,” adding CFL teams collectively lost about $20 million in 2019.

The Riders are one of three publicly owned CFL franchises and posted a $1.4-million profit in 2018. Surely, they are in better financial shape than most teams. But because revenues are driven by ticket sales, a lost season would quickly drain their savings.

Can the league recover from this?

“I believe Randy Ambrosie when he says the league needs (financial aid from the federal government) to keep it going,” Taylor said. “I believe 45 per cent of the Riders’ revenue is from gate receipts. That’s so much money and you’re going to lose that.”

“It’s so important that they do get some sort of help, whether it be from the federal government or I don’t know if they are any random billionaires out there who are willing to support some CFL teams.”

“We locked up our quarterback (Cody Fajardo) and our offence is ready to go,” Taylor said. “We have a new offensive co-ordinator (Jason Maas) and we’re hosting the Grey Cup? Yeah, 2020 was set up to be an enormous season both on the field and in the stands.”

“This is particularly heartbreaking. It’s unfortunate that some athletes and some teams and some fanbases are getting punished by this pandemic more than other fanbases. But it’s just the way it has to be right now.”

Craig Slater has covered the Canadian Football League for more than 10 years. He covers the Saskatchewan Roughriders for The Canadian Press.