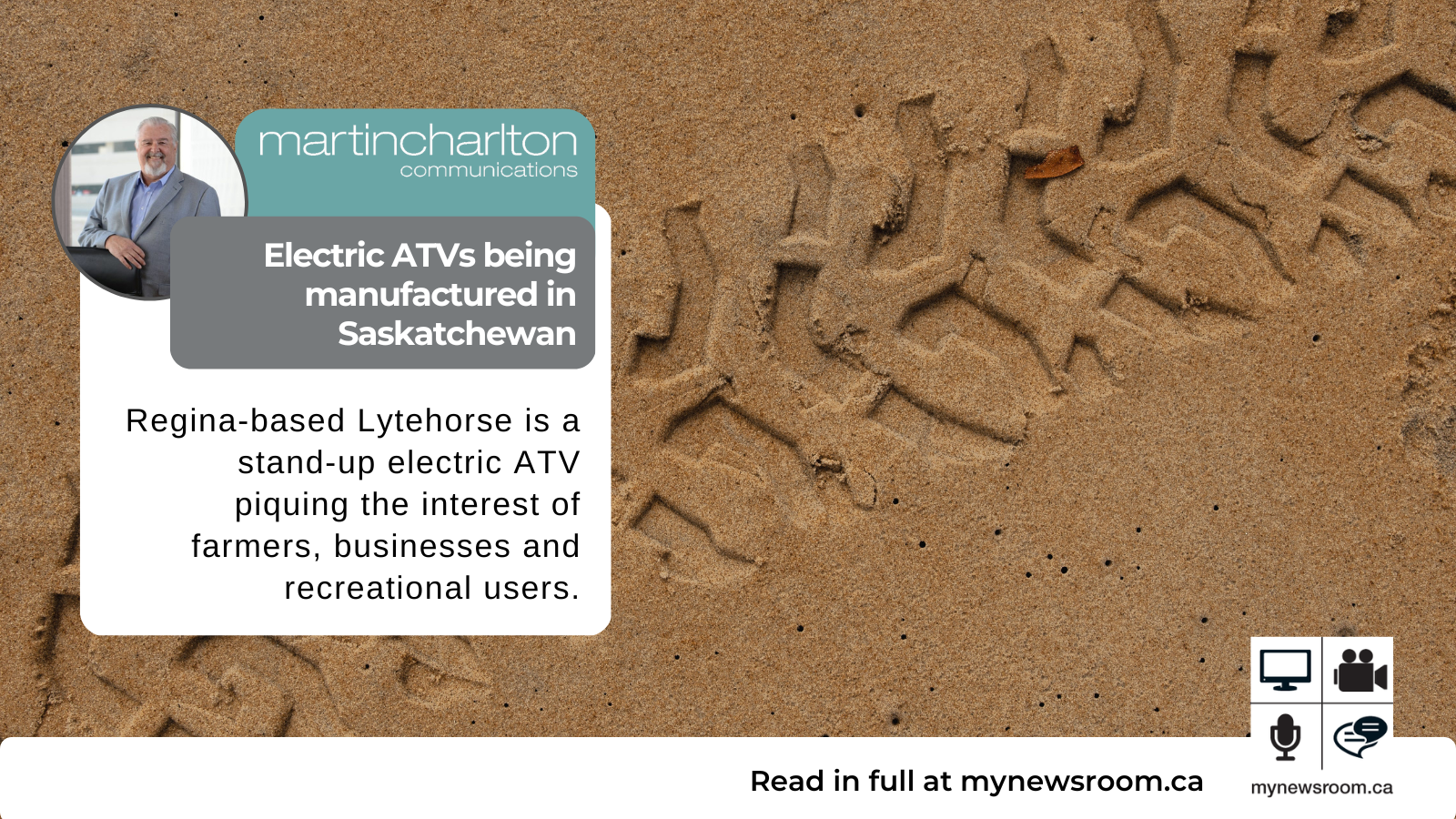 Saskatchewan could see a new vehicle manufacturer taking its product to market over the next few months.

Regina-based Lytehorse is a stand-up electric ATV piquing the interest of farmers and recreational users, such as hunters, underground mining operations, and procurement officers representing police and military units around the world.

The locally-designed product has been through a few iterations, but now is ready to go to market. The company plans to manufacture for the Canadian market in Regina and has an agreement with an American assembler to serve U.S buyers.

Lytehorse has begun taking orders for delivery as the plant gets on stream this summer. It also intends to assemble the battery packs in Regina with plans to double its production floor space over the next few months.

It is a marvel of technology. Using four emission-free electric motors, each powering a wheel in its primary model, it is not only virtually silent but delivers plenty of power with fewer moving parts than the average bicycle. The first models are on display at Canada’s Farm Show this week.