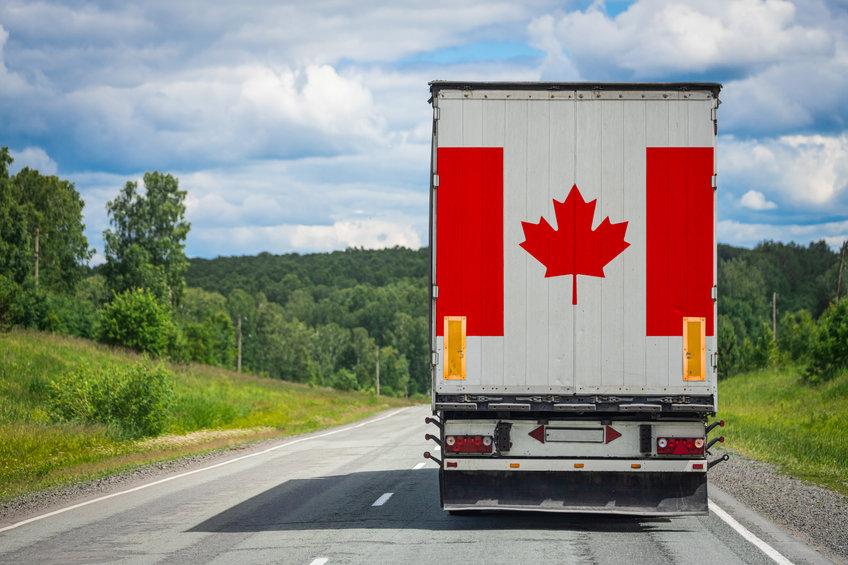 Calling for a federally financed investment program for trade gateways and corridors in Western Canada.

aluing the importance of trade to Canada’s economic success will contribute to this country’s ability to develop a resilient economy.

Appropriately funding the infrastructure that supports trade will be critical for Canada’s economy to be able to recover from setbacks in order for it to strengthen and grow.

These points have been made by the Canadian Construction Association (CCA) to the Trudeau government ahead of the federal budget, which is scheduled to come out April 7.

The heavy construction associations in Western Canada have been working with the CCA since spring of 2021 to elevate their call for a federally financed investment program for trade gateways and corridors in the West. This budget submission is one more opportunity to get this initiative in front of those making spending decisions at the federal level.

Risks and rewards for Canada are pointed out in this submission. There have been plenty of tests of Canada’s economy in recent years and more challenges continue to develop. The COVID-19 pandemic, extreme weather (such as the flooding that washed out B.C. highways late last year), supply chain impacts, inflation and more have created pressures and exposed sensitivities.

Funding infrastructure for the purpose of trade has a role in ensuring Canada is resilient when faced with pressures and challenges. Infrastructure that supports trade can reduce Canada’s economic vulnerability. Investing in infrastructure by government is vital to expanding trade and building the Canadian economy.

“Commitments to infrastructure spending must be sufficient to close the serious gaps that have been identified and position Canada for the future,” the CCA said in its pre-budget submission to federal finance minister, Chrystia Freeland.

The CCA’s pre-budget submission to the federal finance minister pressed Ottawa to consider a number of recommendations around infrastructure investment and planning. Other recommendations it brought forward were around procurement and building a workforce for the future.

The Western Canada Roadbuilders and Heavy Construction Association (WCR&HCA) had contributed to this submission with a focus on drawing attention to the Western Canada Trade Gateway and Corridor Initiative (WCTG&CI). The recommendation was to invest in Canada’s trade infrastructure with this initiative highlighted.

The WCTG&CI is focussed on Western Canada’s trade gateways and corridors including existing and new marine and inland ports as well as road, rail and air modes supporting freight and passenger flows that are significant to international commerce, both regionally and nationally.

Spending on this initiative is recommended to begin this upcoming budget year. To accomplish the WCTG&CI, a federal contribution of $5 billion over seven years, starting in 2022–23, is needed. This would need to be accompanied by an additional $6 billion in public and private sector investment.

This funding for the WCTG&CI would be based on leveraging the success of the Asia Pacific Gateway and Corridor Initiative (APG&CI), which was advanced to support Canada’s global trade profile.

In the Speech from the Throne delivered in late November, Governor General Mary Simon outlined the federal government’s agenda. In her speech, she spoke of the building a resilient economy, which the CCA referenced in its submission.

Current events have reinforced the need to fund trade infrastructure to increase Canada’s economic resiliency, the CCA explained in its submission.

“As a trading nation, part of positioning Canada for success in the future is ensuring that our goods can get to global markets,” the submission reads. “But our trade-enabling infrastructure is vulnerable, as demonstrated by the global pandemic, the impact of recent extreme weather events in British Columbia and the blockades that stopped commerce between Canada and the U.S.

The WCTG&CI would be the latest nation-building investment programs. Others, such as the APGCI, the National Policy Framework for Strategic Gateways and Trade Corridors, the Ontario-Quebec Continental Gateway and the Atlantic Gateway & Trade Corridor have contributed to elevating Canada’s global reputation.

Then, there are the trade agreements Canada has signed. These agreements have raised the expectations of Canada’s trade partners and could increase demands on the infrastructure as it exists now.

Canada has the opportunity to raise its export profile through Western Canada’s potential.

The provinces of Western Canada are rich in resources, are home to value-added manufacturing and are ready to produce the goods that are in demand on this continent and around the world. With 32 per cent of Canada’s population, our region contributes 37 per cent of its exports and nearly 38 per cent of Canada’s real GDP.

Plus, Western Canada is Canada’s port of entry to Asia, the region of the world that holds the greatest potential for growing Canada’s global trade profile and productivity. Getting Western Canadian resources and goods to Asia and the rest of the world requires infrastructure to move them and the people involved in the industries that generate them.

The WCR&HCA is working to gain the support of the individual premiers of all four Western provinces, who have aligned within the New West Partnership to boost trade and bring down barriers to the free flow of goods and services across the West.