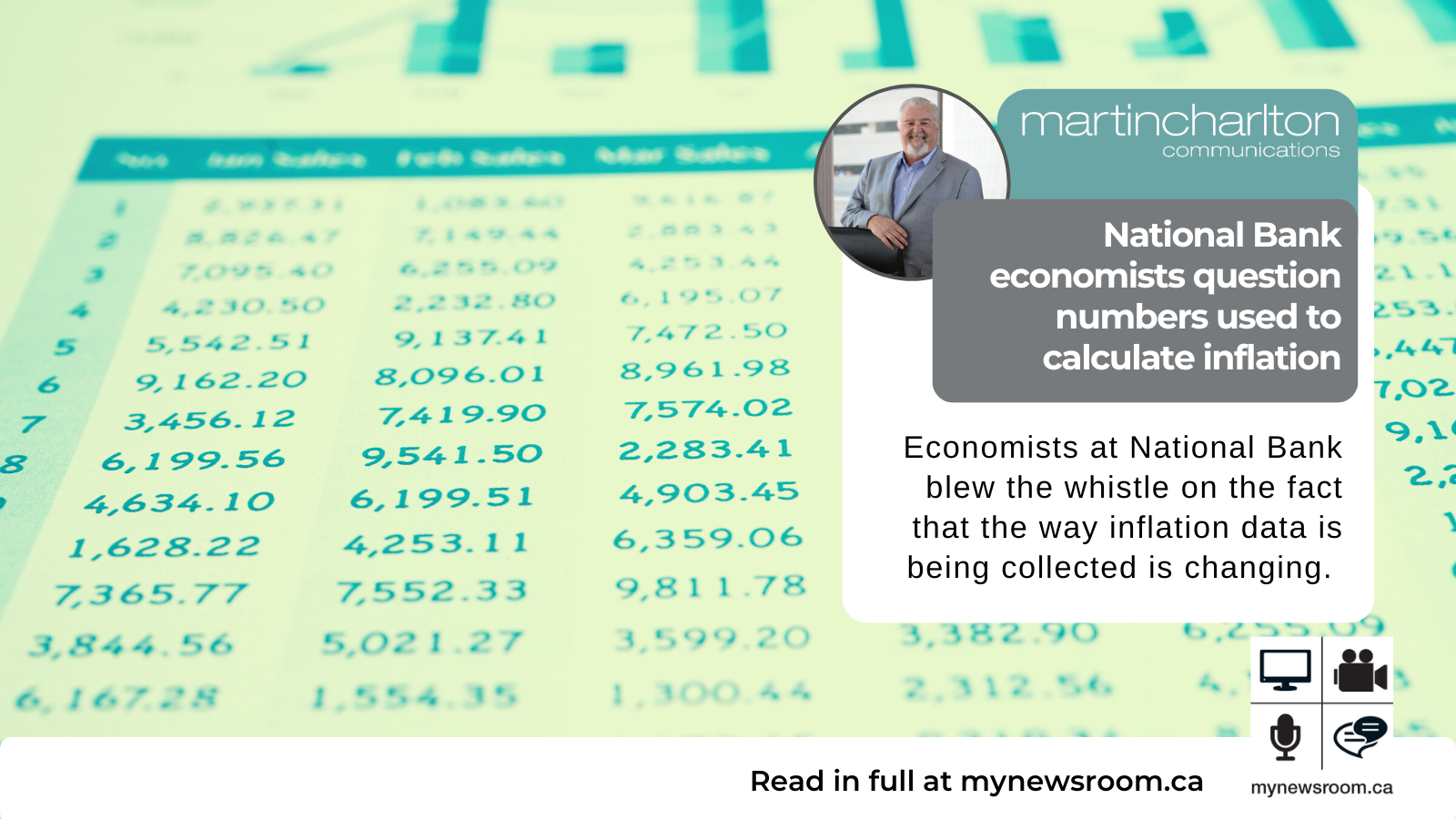 The latest report on inflation — as measured by the Consumer Price Index or CPI — showed things were improving from June to July as increases in the cost of living actually slowed down.

But did they? We’ve all been warned to read the fine print but this one is a whopper because it is driving the cost of borrowing these days.

Earlier this week, the economists at National Bank blew the whistle on the fact that the way inflation data is being collected is changing. So, you pretty much have to be a Philadelphia lawyer to figure this stuff out but it fits someone’s narrative to make these changes.

The bank says there is something called CPI-common which has been revised three times so far this year, changes they say are nothing short of dramatic.

The primary metric in determining inflation is suspect in their minds. It calls into question whether the inflation numbers the Bank of Canada is using to set interest rates are reliable.

The National Bank recommends looking at a basket of indicators to get a more accurate assessment of inflationary pressures.