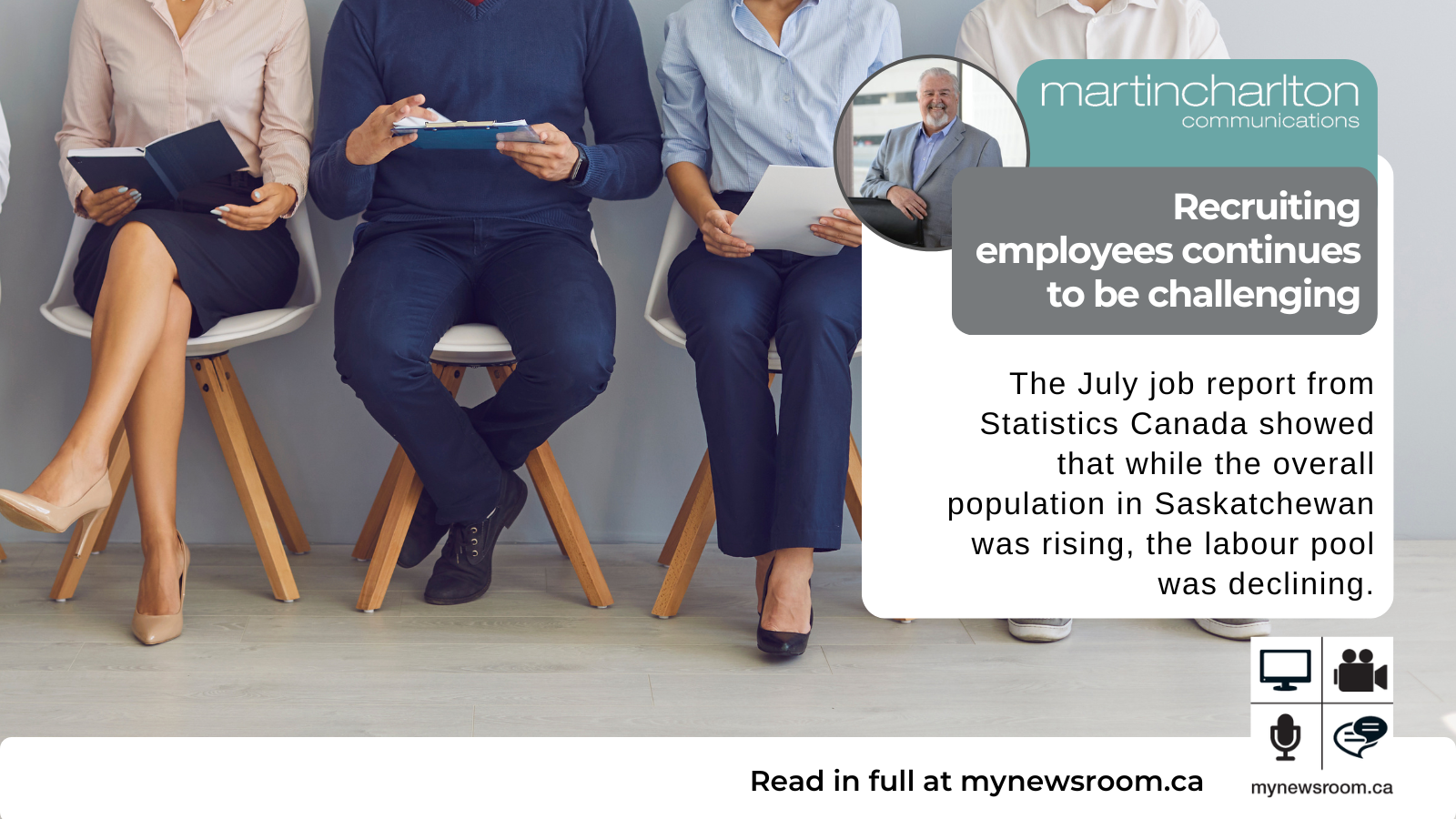 To hear employers tell the story of trying to attract workers right now – a time when labour demand is rising rapidly – is an epic journey. To hear Statistics Canada tell the same story, it is the opposite.

The July job report was issued Friday showing that while the overall population in Saskatchewan is rising – which should expand the labour pool and make it easier to find new employees – the labour pool is declining. This could be Baby Boomers retiring plus the total number of people with a job fell by 1,200. That meant the unemployment rate rose, the employment rate fell and the participation rate declined.

In other words, jobs were disappearing, according to the report, although it did say that it was part-time spots that were being lost as the number of full-time positions grew in July.

But the broad trend seems to contradict virtually every reading the marketplace is providing. Job vacancies are on the rise, wage rates are going up and employers are trying all kinds of new ways to attract talent, things like help wanted ads on radio or expanded social media postings.