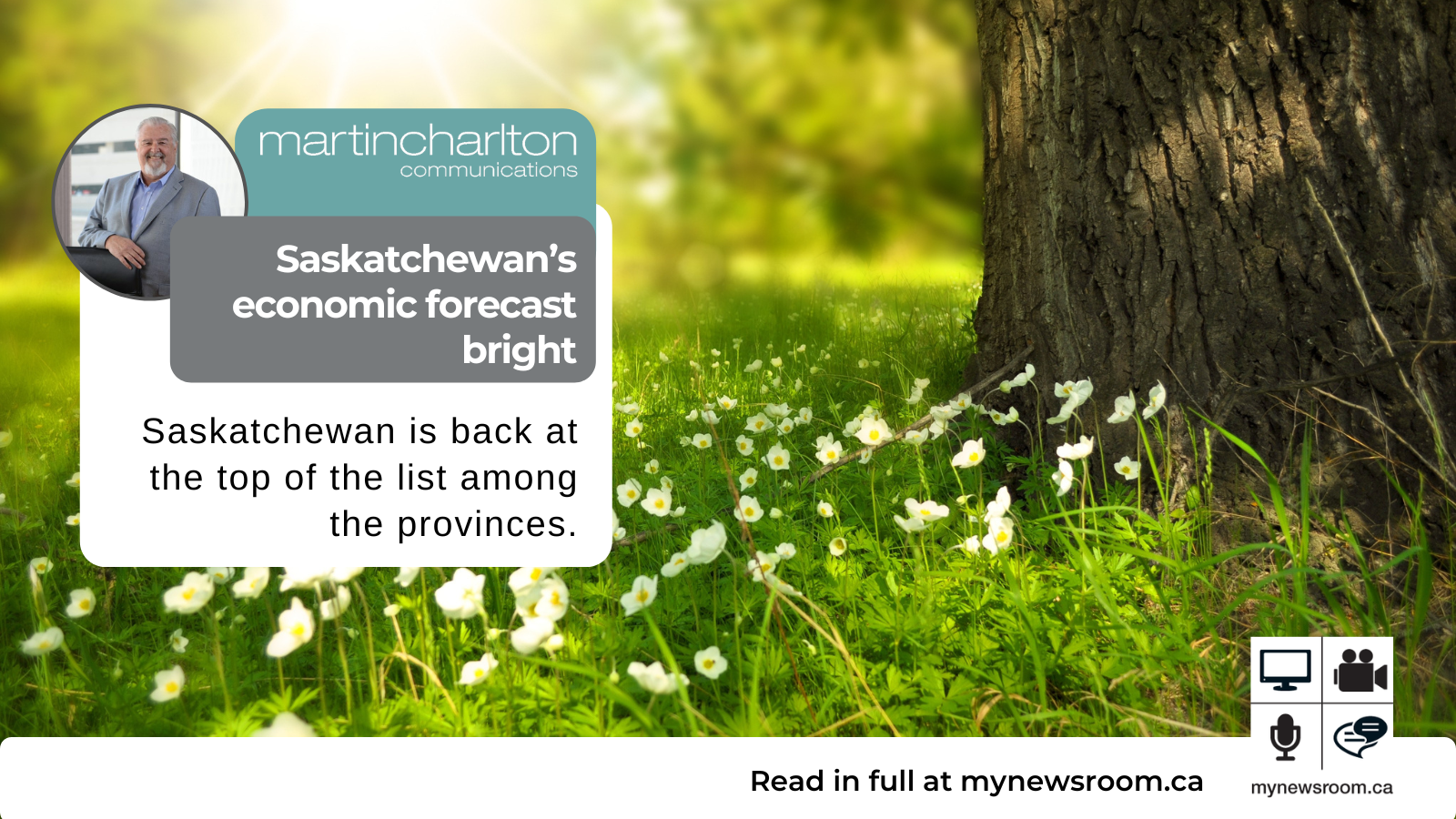 There is a bit of a trend emerging from the provincial economic forecasts issued by the chartered banks and key agencies who track these developments. And it shows Saskatchewan is back at the top of the list among the provinces.

The latest to issue an update is Scotiabank. Unlike RBC and the Conference Board, which said Saskatchewan would be #1 among the provinces this year, Scotiabank has us in second place, a tenth-of-a-point behind Alberta as commodity production, notably oil, is providing a lift to the prairies.

Scotia has the national average at 3.8 per cent growth for this year and Saskatchewan sitting at 5.0 per cent, so, we are significantly outpacing central Canada as the West grabbed the top four places.

It also has Saskatchewan in second next year, again a tenth-of-a-percentage-point behind Alberta.

It also pegged us to have the lowest inflation rate in the country this year. On big ticket items, it says automotive sales will remain steady while we should look for housing starts to be the strongest we’ve seen in several years.