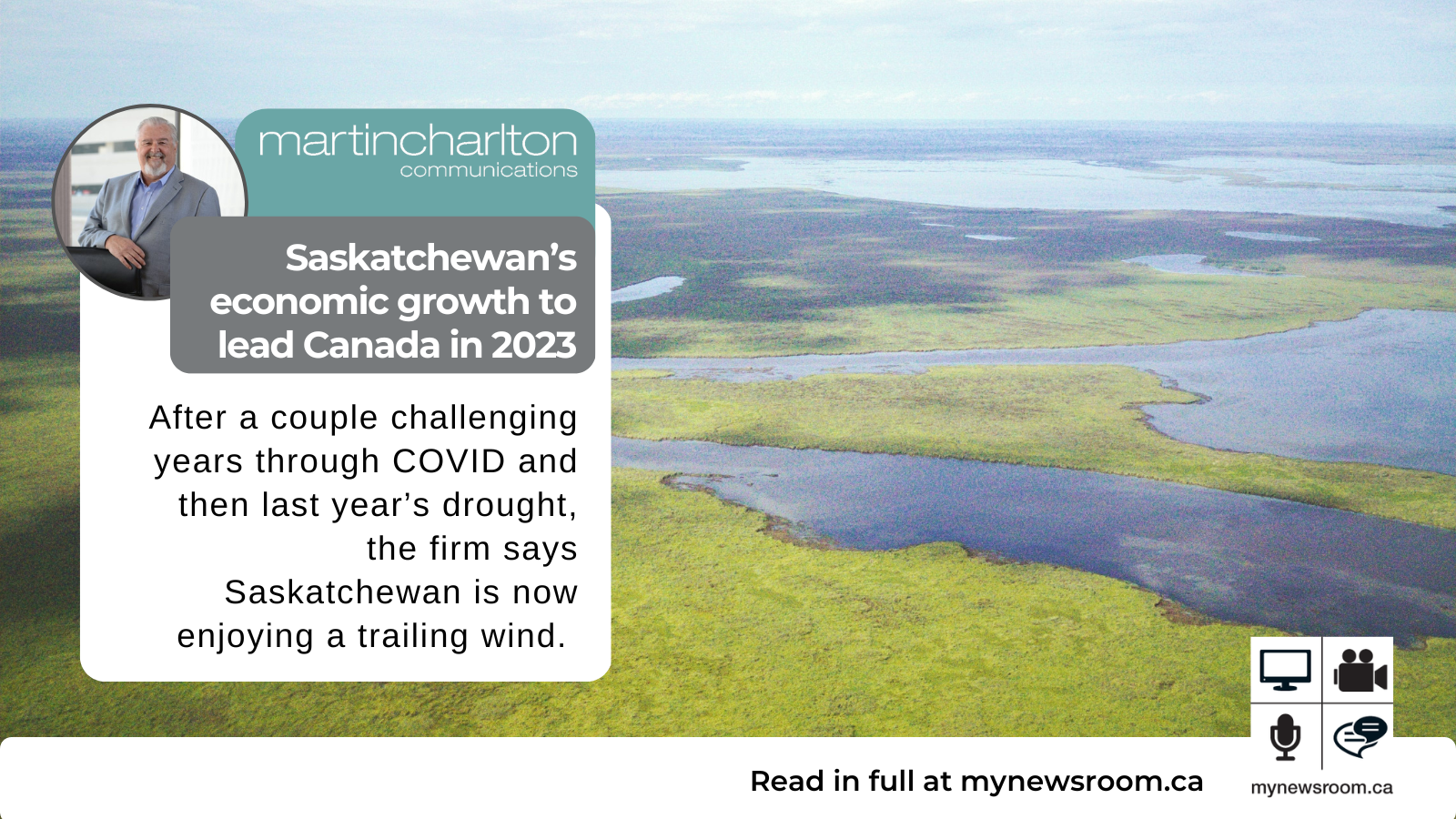 After a couple bumpy years, this is Saskatchewan’s time. That’s the basic theme of a forecast of provincial economies issued by Deloitte.

The firm hired one of the former bank chief economists and he has added this to the list of publications they regularly issue. The latest one has Saskatchewan at the front of the house for the next 18 months.

The firm says Saskatchewan will trail Alberta in economic growth this year but significantly outpace everyone next so when you look at a blended rate of four per cent over 2022 and 2023, Saskatchewan’s expansion will be stronger than any other province.  The national blended rate will be 2.5 per cent.

After a couple challenging years through COVID and then last year’s drought, the firm says Saskatchewan is now enjoying a trailing wind from things such as the Eastern European war pushing demand for oil and potash while restrictions on canola sales have been lifted.

Capital spending is going to be more expensive with higher interest rates but labour shortages will encourage investment in technology, even if it costs more.