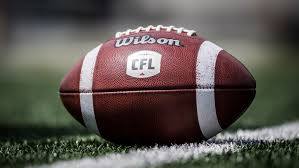 In a perfect world, Saskatchewan Roughriders fans would be flocking to Mosaic Stadium on Saturday to watch their beloved team host the Edmonton Eskimos (also known as the Edmonton Football Club) in a final home-field tune-up prior to the always-popular Labour Day Classic.

But we’re far removed from such a utopia. We have been for several months and will be for the foreseeable future.

On Monday, the CFL made the inevitable announcement it had cancelled the 2020 season. The cancellation comes one day after the league said it was unsuccessful in securing a $30-million, interest-free loan from the federal government that would have kept business operations afloat through a shortened season.

This marks the first year since 1919 the Grey Cup won’t be presented.

“Our league governors decided today it is in the best long-term interests of the CFL to concentrate on the future,” commissioner Randy Ambrosie said in a statement. “We are absolutely committed to 2021, to the future of our league and the pursuit of our vision of a bigger, stronger, more global CFL.”

But we shouldn’t get our hopes up that we’ll see a 2021 season. Several important questions / problems require solutions before players and fans can feel confident about a return to football.

Earlier this summer, Ambrosie, when speaking at the House of Commons, told politicians the league has been bleeding tens of millions of dollars each year for the past several years. Those are hardly comforting words coming from a business seeking financial support with taxpayers’ money.

How does the CFL plan to correct this obviously unsuccessful business model?

The Riders have for more than a decade boasted multi-million-dollar profits each year. Strong ticket and merchandise sales from a dedicated fanbase helped make this one of the most economically viable sports franchises in the country.

“This is the biggest financial crisis that the Saskatchewan Roughriders have faced in 110 years and I say that with a deep appreciation of our history,” team CEO Craig Reynolds told the media earlier this summer.

If money woes are bad in Saskatchewan, how much worse is it in lukewarm CFL markets like Vancouver and Toronto?

With the CFL being a gate-driven league reliant on ticket sales for revenue, can it rely on the idea that fans will safely be allowed into stadiums next season? Even if 50 per cent capacity is acceptable it likely wouldn’t be enough to pay the bills.

Speaking of paying the bills, families and businesses alike are struggling financially through this pandemic. Will CFL teams lower ticket prices and sponsorship contracts in an effort to attract more fans to games? How might this affect a team’s bottom line?

Fans are the most critical piece in this puzzle. Without fans buying tickets, the league is doomed. And those fans were ignored by the league through the entire 2020 season proposal process. While it is assumed Ambrosie worked tirelessly to make football happen, he did very little to provide updates to the media and, by extension, the general public.

Judging by several tweets from CFL players, they, too, were kept in the dark. This just added to the growing discontent between the league and CFLPA on resolving a new collective bargaining agreement.

On Monday, one major question was finally answered regarding the CFL’s future. More answers will need to be forthcoming if the CFL returns in 2021, if ever.