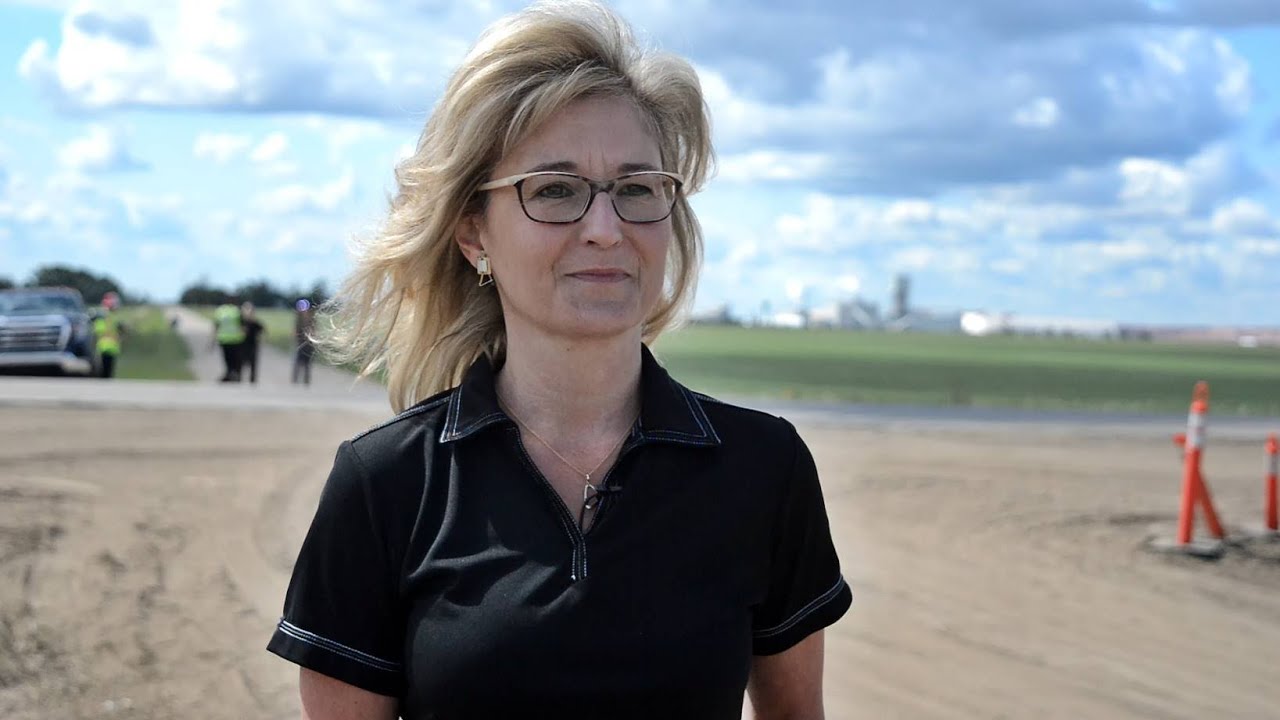 There is little to nothing to be excited about in the provincial budget for 2022–23 when it comes to highways.

Members hoping the budget would reveal more capital funding for highway projects were disappointed to learn that virtually all the work it contains has already been tendered. The amount the budget contains – and the message that sends – contradicts what the provincial government is telling the public about wanting to grow the economy past pre-pandemic levels.

“When the government talks growth, that’s future-forward talk but their investment is a blast from the past – and not in a good way,” said Shantel Lipp, president of the Saskatchewan Heavy Construction Association. “The government just continues to talk about what they’ve done in the past, and that is not demonstrating future-forward thinking.”

This tendency to talk about the past rather build the future was evident when Highways Minister Fred Bradshaw spoke during the Saskatchewan Association of Rural Municipalities (SARM)’s annual convention this year.

It is not just SHCA calling for money to be invested in Saskatchewan’s highways this year. So, too, are members of SARM. Ray Orb, president of SARM, told reporters who covered the convention that as the economy continues to rebound, highways will experience more wear and tear from trucking and transportation.

At SARM’s bear pit session with the provincial government on March 19, the state of Saskatchewan’s highways was brought forward to Bradshaw by concerned rural municipal councillors.

The status quo – which this budget reflects –will not help Saskatchewan grow, which the provincial government says it wants. But saying it doesn’t make it happen. Putting money towards it does, and that is not what happened with this budget.

With the spring tender out, it is confirmed there is no money for new projects. The spring tender schedule has enough work on it for one SHCA member to handle – and that is when that member’s capacity is maxed.

“We need a government that will invest in – not spend – on highways,” said Lipp.

There is a return on investment that Saskatchewan is missing out on with the approach the Saskatchewan government is taking with this budget when it comes to highways.

While the overall budget for the Ministry of Highways is up, the amount dedicated to capital investment is down.

The highlights in the budget, according to the provincial government, are:

The budget once again references the Saskatchewan government’s 10-year Growth Plan, which came out in late 2019 to cover the decade between 2020 and 2030.

During the 2020 construction season, more than 1,030 km of improvements were made. During the second year in the growth plan, the number of kilometres improved was even higher.

“At the end of 2021, it is expected Saskatchewan will be ahead of schedule with more than 1,350 km of improvements this year, totaling 2,350 km improved by the end of December,” the government stated in a May 2021 news release. That message was repeated in news releases in August 2021 and at the beginning of March 2022.

In May 2020, the province announced a commitment of $2 billion over the course of the next two years towards infrastructure projects throughout the province. Funding worth $300 million was earmarked for highway projects over two years that were to include thin-membrane surface upgrades, passing lanes and improvements to municipal roads and airports.

“When the government talks growth, that’s future-forward talk but their investment is a blast from the past – and not in a good way.”

The contribution of SHCA members to the province’s economy and their ability to stimulate Saskatchewan’s economic recovery was outlined by Lipp in the government’s news release about that planned spending.

“Provincial road builders generate more than $5 billion in provincial GDP out of an economy of $73 billion or roughly seven per cent of the total provincial economy,” said Lipp. “We employ close to 30,000 workers, making our industry one of the largest employers in the province. We welcome any move toward maintaining and eventually growing these job numbers to get our economy on track.”

A lot has changed in the world since the fall tender. Status quo is not sufficient to ensure Saskatchewan has the good highways needed for trade, Lipp explains, especially now as the province faces an unprecedented demand for agricultural products. The province also acknowledged there is and will be stronger than expected global demand for potash and oil, which is projected to increase its revenue by more than $1 billion.

“We’re missing investment opportunities by not building up our trade capabilities,” said Lipp.

Highways are referenced in the section in the 10-year plan about “improving Saskatchewan’s export infrastructure to get Saskatchewan products to market.” The plan states that Saskatchewan is the largest per capita exporter in Canada, exporting 70 per cent of what it produces to over 150 countries around the world.