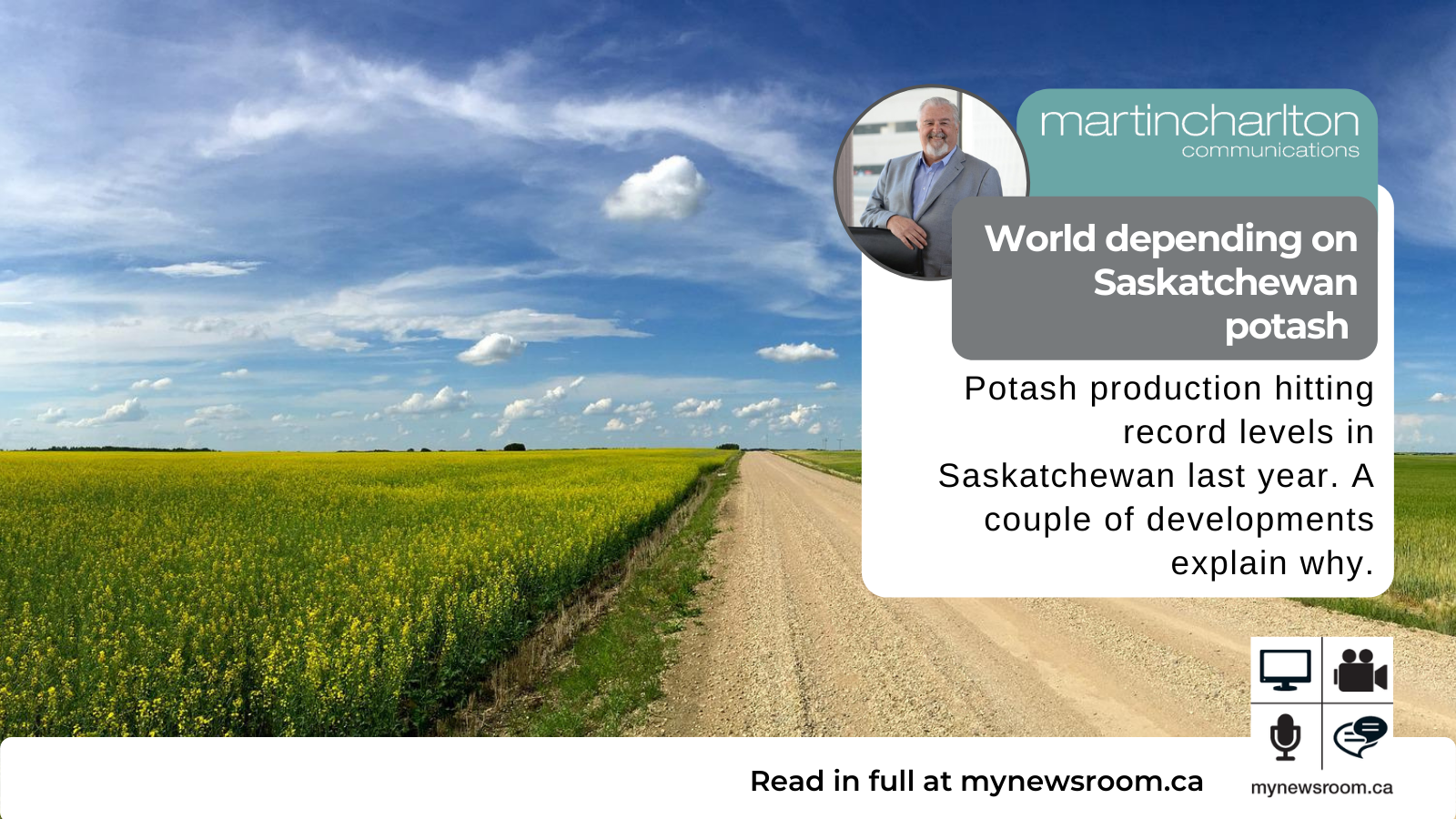 The perfect storm for Saskatchewan’s resource sector was on full display May 3 when Nutrien released its latest financial report.

This is a story that has been part of the daily conversation for weeks with potash production hitting record levels in Saskatchewan last year. But things got a little more definitive with the results on May 3 that triggered a sharp increase in the company’s stock prices – rising in the neighborhood of five per cent on the strength of a ten-fold increase in profits.

This is the result of a couple developments. First there is general demand for fertilizer as global good supplies are still recovering from last year’s drought.

Second is the war in Eastern Europe. Russia and neighboring Belarus are major potash suppliers but both are being sidelined by sanctions and customers questioning their human rights records. The result is international buyers are now looking for an alternate supplier and the only world-scale player capable of filling such a big gap is Saskatchewan.